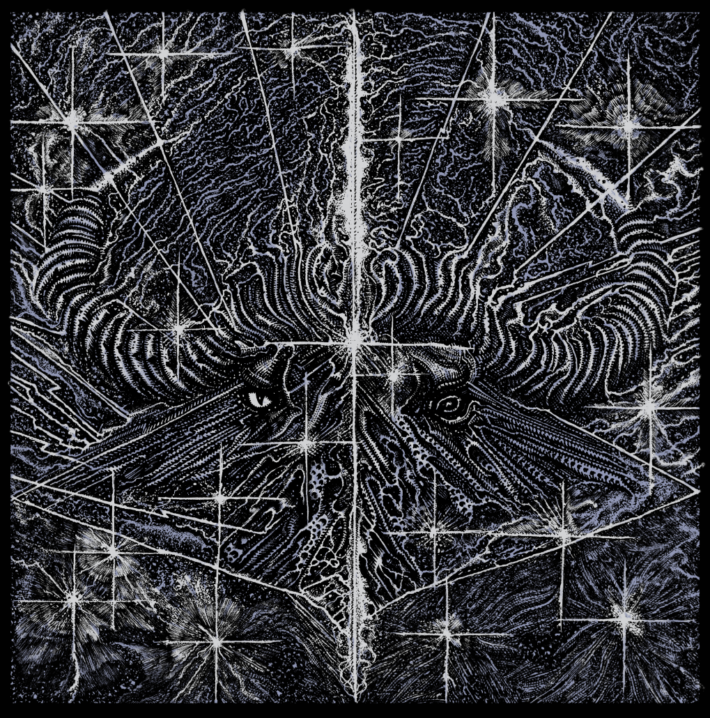 Welcome to my first review of the new year.  I wish I could say it was off to a great start, but not even a week in and one of my heroes, Neil Peart, passes away.  I won’t say much more, because this is a review for The Osedax, but if you’d like to read about the impact that man had on my life, you can read about it at spot-music.com.

Shameless self-promotion aside, it’s time to dive into the unique part of metal known as sludge.  As the name implies (and as many of you that clicked on this review are familiar), sludge is thick, heavy, dirty, and grimy.  Or at least that’s what it appears to be.  As I’ve been dipping my tippy-toes into this pile of quicksand, I have realized that looks are deceiving.  I believe a more accurate definition of sludge would be like finding a lost cathedral in the ocean or buried in a mountain.  It’s corroded and decaying, yet if you take the time to polish it, or you know what to look for, it’s a breathtaking piece of art.  It’s this constant search for the beauty in the ugly that fascinates me with this music.

Meridians by The Osedax starts and ends in direct contrast to that metaphor.  The opening lush tones of “Offen” created a wonderfully smooth, but dark atmosphere.  It’s like dropping straight into the cavernous main room of this imaginary cathedral, having yet to see what covers the outside.  There’s a weight to this place; the kind that only history can carry.  This feeling is further emphasized when the band actually comes in,  sounding closer to doom than sludge at times.  It’s then that the decay and corrosion starts to become apparent, but it somehow belongs because it’s important to the history of this place.

Moving into “Beacon/Ox Eye,” once again that beauty comes back.  The haunting atmosphere created from gorgeous sound reminds you that about the depth of this place and its isolation.  The black metal-inspired second half makes you aware that something must of happened, something chaotic.  What could possibly cause a cathedral such as this to hidden in the depths of the ocean?

Another beautiful passage way leads to another moment in history, this one a crushing, death-doom tinged, weight found in “White Horse/Tempest.”  Somehow this place has endured, unphased by the world that surrounded it before, content in its current confines.  This weight that has always been present is still there, but more bearable.  Heavy but not suffocating.

All that’s left is the reflection found in “Ratlines.”  Mesmerized by eerie nature of this uncanny cathedral, time moves on without notice.  There is another world below the surface, in this rugged beauty.  One that will enthrall all who venture there.

On a less metaphorical note, this album as a whole feels rather short.  This is undoubtedly due to the fact that for each “metal” aspect, there is an ambient section to go with it.  I personally enjoy these, but those who are looking for the heavier aspects are going to be disappointed by how few there actually are.  There is a very intentional atmosphere the band is going for, and they walk a fine line of excellent execution and overindulgence.  It will depend on the listener, but much like the latest TOOL record, there is a lot of space some might consider empty.

The only other major complaint I have is the vocals.  They were buried so far in the mix, it was hard to tell if there was any actual lyrics or if they served as wordless layers to the sound.  While it didn’t impact my overall experience with the album, it was noticeable enough to wonder if it was intentional or otherwise.

At the end of the day, this album is fairly decent.  However, despite my extended metaphor, this isn’t anything notable.  I can’t say that I’ll find myself listening to this album much once I finish writing this.  If I want spacey and atmospheric, I’ll throw on Fear Inoculum.  If I want that “diamond in the rough” sludge, I’ll hunt down Inter Arma.  Not bad, but not terribly exciting.