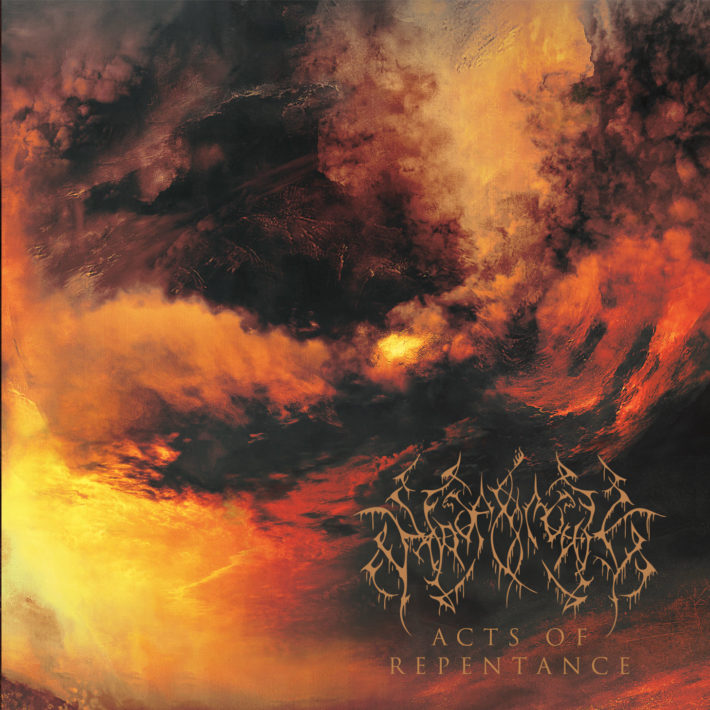 Black metal is in a weird spot right now. There are a plethora of great albums to burn churches to coming out, but with that comes the obvious issue of standing out from the crowd. In a world of fantastic albums, a very good album will simply be forgotten. Wardaemonic are a veteran Australian black metal band looking to break through the crowd by releasing something more than simply good enough. Let’s see if they did enough to get their piece of skull alongside the genre’s greats.

Acts of Repentance is a black metal album with plenty of riffs. The melodic and atmospheric elements of the sound sway in and out, each taking a more prominent role when called for. There is a slight sense of progressive influence as you get closer to the end of the album, but for the most part the black metal is played straight.

The melodies of Acts of Repentance have some unseemly seams, but are  looking past that they are impressive. Wardaemonic have written fun melodies that evolve and give some cohesion to the extensively pondered concepts portrayed in this music. The seams come into view when specific riffs drastically overstay their welcome, which really drags out some of the more boring sections of the album. The melodic elements here work well on a large scale but flaws show up on a shorter time scale.

The atmospheric sections contrast this, as they mostly work well and end when they need to. As you drift forward through the Acts, the heavy elements become more and more frequently interrupted by quieter contemplations. This was an intentional choice by Wardaemonic, who intend their release to be experienced as a whole rather than as five individual songs. The effect works well. Some clean vocals are also introduced over time, resulting in an ever-so-slightly Hammerheart-esque aura around some passages. The effect is appreciated. The fourth Act, “Sufferance,” probably involves the best use of Wardaemonic’s atmospheric/melodic blend. The band deploys their tools such that they are able to signal to the listener that they are changing pace and aesthetic while they really make a much subtler shift than they’d otherwise be able to get away with. This allows them to get much more mileage out of passages that by all rights shouldn’t work as well as they do.

Acts of Repentance suffers from the same issue as a whole that individual melodies do: everything works on a larger scale, but there are more and more issues as you zoom in. Individual transitions can feel choppy and stilled, especially in the more heavy first two tracks. This issue solves itself over time, as the softer moments allow for smoother and more natural transitions, but the damage is done. The spliced-together nature of the weaker transitions of the first two tracks gives this album an artificial sheen.

The individual acts are all waaaaaay too long. Act three, “Castigation,” could have ended at the fadeout at the 7ish minute mark, as everything in the five minutes after after that is slightly mediocre. The album as a whole only runs slightly over forty-five minutes, but that is quite a long time for just five interconnected tracks. Wardaemonic isn’t quite up to the task of writing songs that are nine minutes long on average. The occasional melodic deficiencies exaggerate this issue, as I was left wondering if the Australian black metallers were just noodling around to pad out their album length.

Despite the sometimes major songwriting issues, Acts of Repentance was quite enjoyable. I never felt obligated or tired while listening to this release, or like I was just listening to it because I needed to. The songs all felt like they were distinct parts of a larger cohesive whole, and Wardaemonic was able to pull off their artistic vision with seemingly only minor hitches. There is an ever-growing pile of black metal releases to get to, but Acts of Repentance is one that is worth a shot.