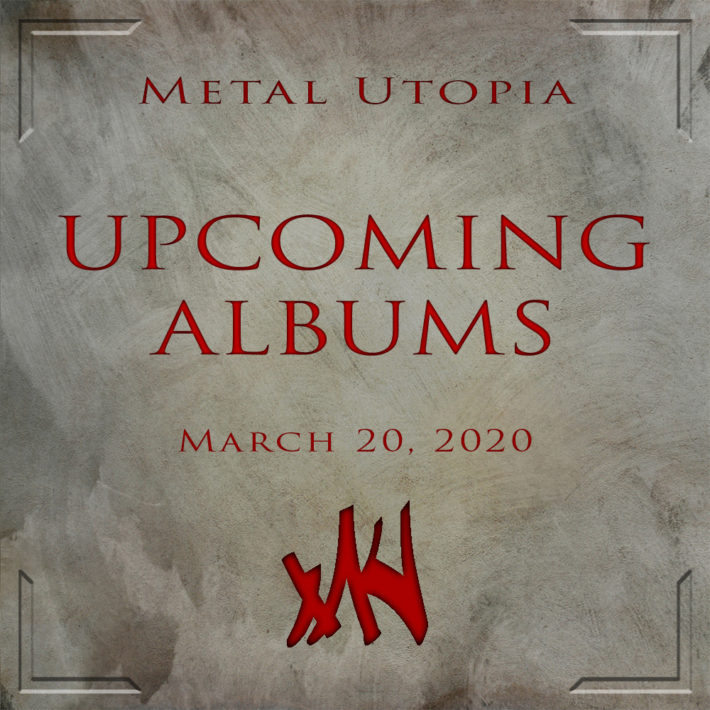 JP is looking forward to Neck of the Woods’ The Annex of Ire:

If you have a hankering for some Misery Signals mixed with Rivers of Nihil (minus the saxophone), then you will want to check these guys out. This record is absolutely gnarly and shouldn’t be slept on.


Josh is looking forward to Gaylord’s Wings of the Joyful, and Grift’s Budet:

Since their controversial foray into the black metal scene with 2018’s “The Black Metal Scene Needs to be Destroyed”, Gaylord has been continuing to pump out music and promote great artists, much to the chagrin of all of the macho trove of trve cvlt black Metal fans. Although this new album doesn’t appear to be pushing beyond their established raw sound, it is their first album that isn’t dedicated to calling out the culture surrounding black metal, and I’m excited to see what that means for them.


The sole member of Grift, who typically self-isolates for fun, is breaking both his own tradition and the CDC/WHO recommendations by working for four other musicians on this upcoming album. The two available singles show the band deciding not to break too far out of their own comfort zone, while still bringing achingly melancholic atmosphere to roam the Swedish countryside with.


Leon is looking forward to Christian Muenzner’s Path of The Hero, and Serpent Column’s Endless Detainment:

This dude’s got quite a pedigree – former and current guitar player of bands like Alkaloid, Spawn of Possession, Obscura, Necrophagist, etc. Obviously, he was in all those because he’s pretty damn talented. Also, he has this prog metal solo project certainly worth checking out.


Absolutely bonkers frenetic black metal (someone called it mathcore, can’t disagree that it’s that at least in spirit). If their last year’s LP didn’t grind you down, this new EP will finish the job.


Matthew M. is looking forward to Tethra’s Empire of the Void:

Italian death/doom metal outfit Tethra are returning with their third full-length album Empire of the Void. This is melancholic doom with traces of beautiful melodies recommended for fans of Paradise Lost and Pylon.

A mystical, black-forest sounding lead single has me excited for the rest of this album. Hopefully this can maintain the mysterious and dark tone that Malokarpatan seem to be great at for the rest of the album as well.


Rutger is looking forward to Heaven Shall Burn’s Of Truth & Sacrifice:

Heaven Shall Burn has been around for quite some time, so most people will know them already. The thing that I especially like about the band that even after +20 years, they still release music that keeps me interested. Definitely excited about this one.


Sean is looking forward to Eye Flys’ Tub of Lard:

While not a true “metal” band, Eye Flys features members of Full of Hell and Backslider and have quickly become a band to look out for. Their debut EP “Context” introduced the world to the band’s brand of Melvins inspired noise rock and the singles hint that this album could be something special.