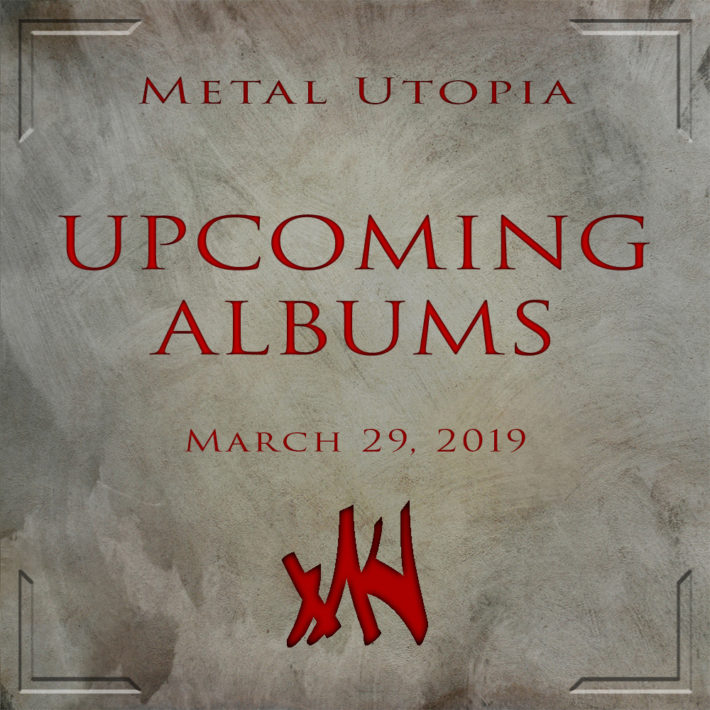 JP is looking forward to Whitechapel’s The Valley:

The Valley will easily be Whitechapel’s most mature and emotional record. This tells the story of vocalist, Phil Bozeman’s, traumatizing upbringing. This is looking to be their best one yet!


Joey is looking forward to Totaled’s Lament, and Triumvir Foul’s Urine of Abomination:

I’ve only recently heard rumblings about this group. Atmmospheric blackened hardcore is how it is described. I haven’t checked out the sample tracks, but this seems like an album best experienced as a whole so I can’t wait to do that this Friday. The cover art is insane, which is always a plus.


I recently reviewed this album, and while it isn’t my favorite record I’m excited to see the discussion surrounding it. I also need some other humans to experience this monstrosity with me.

Csejthe’s first two albums are a top notch fusion of atmospheric and depressive black metal – being properly melancholic and melodic without resorting to dsbm’s post-punk influences, while retaining the fast-paced, long-form method of atmo-black. I expect this one to be just as good.


(Release date: 26.3.) Purveyors of some quality straightforward thrashy sludge try their hand at something, let’s say, more mid-era Mastodon-ish? Their no-bullshit approach seved them well so far, so will this innovation work? The singles so far suggest it does. If you’re not a fan, well, there’s still plenty hella riffage to be found.


Are you one of those odd fellows that actually liked Burzum’s prison albums? If yes, have I got a band for you. A bit less synthy and a bit more fuzzy, but still carrying out the idea of black ambient properly. This release is a compilation of some older, but certainly not lesser songs.


Straight up – I love Moon Tooth. Their 2016 debut “Chromaparagon” was criminally underrated, a prog fiesta that sounded like the prodigy child of Mastodon and The Dillinger Escape Plan. And just like that it flew under the radar completely. Hopefully this record gets them the respect they deserve.

Ellende blasted their way into fame with their 2016 sophmore album “Todbringer”, an impressively well constructed mash of atmo-black, dsbm, dark folk and some blackgaze tendencies. Let’s hope this one can keep the same level of quality, if not raise the bar even further.

For four months I’ve been looking forward to this. I discovered his previous album, Todbringer about a year ago and it’s still one of my favourite black metal records. The four songs that have already been released from this one are promising, so I can’t wait to listen to it!

Who isn’t excited for this album??? Need I say more? An extremely personal musical journey into the complex character that is Devin Townsend is bound to be one hell of a rollercoaster.