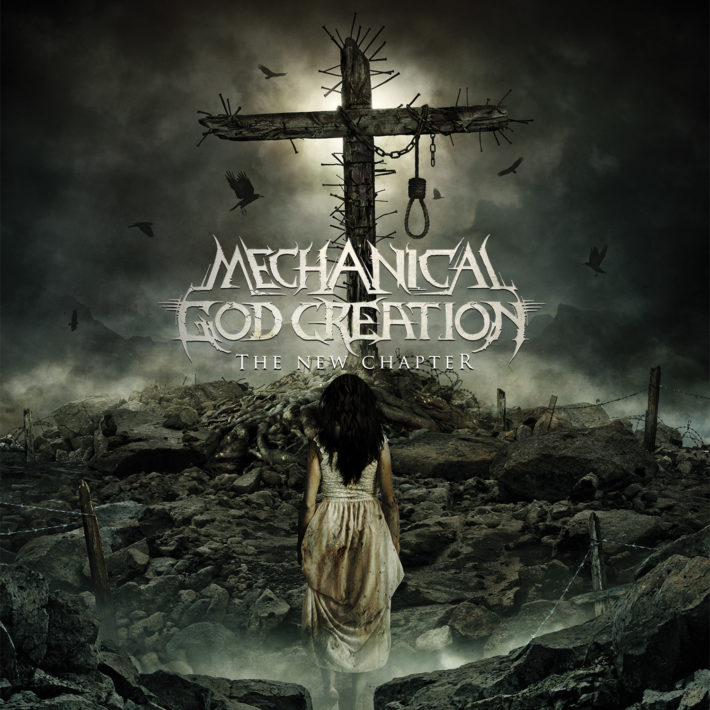 Mechanical God Creation (MGC) is a band that is new to me.  Granted, I’m not one that is too versed in the tech death genre.  I’ll enjoy an album every once in a while; it’s a nice change of pace from the nerdy, fantasy-fueled symphonic metal I usually listen to.  Despite being called “technical death metal,” I’ve always felt ‘chaos’ is a more apt term.  Multiple time signatures being thrown at you in a rapid-fire succession, cascading guitar runs, and dizzying drum patterns tend to leave the listener a little…lost, perhaps.  MGC’s own brand of tech death potentially offers something a little less over-the-top, but just as heavy.

This album would probably be more accurately described as a death metal masquerading as a technical death metal album (I know that’s tedious, but here me out).  And—at the risk of sounding like Buzzfeed—that’s not a bad thing.  Long story short, there are several moments on this album that are textbook riffs for tech-death.  Right as the songs are about enter unrestrained chaos, they shift gears into riffs that are damn near irresistible to headbang to.  Upon hearing the  opening full song “I Am The Godless Man,” I was expecting four minutes of constant blast-beating and sweep-picking, and was pleasantly surprised by the mix of technical chaos and half-time clarity.

MGC show an incredible amount of skill when it comes to variation and restraint.  Specifically, I am impressed by their drummer and resisting the use of constant blast beats.  When he does use them, they are well executed, as found in the beginning of “Black Faith.”  He starts with a simple halftime groove, and then opens the gates of hell and unleashes a wickedly fast blast.

This album has a sense of ferocity to it that really shows despite its polished production.  The vocals are at the same impressive quality as bands like Abnormality or Arch Enemy.  Every note on the guitars is clear and crisp, yet still carry a heavy weight when needed to.  Each instrument can be heard is never overshadowed by the other.  Kudos to the producer for making a great sounding record.

For all the praise I give this record, it isn’t groundbreaking.  Yes, they make tech death more accessible and less chaotic, but it still utilizes a lot of similar techniques and patterns.  But isn’t that makes a genre or subgenre?  Yes, and that is not really any detriment to the music, but what happens here isn’t enough to warrant me to keep tabs on them.  It’s a good album, with elements here and there that get me to raise my eyebrows.  It’s like having a few acquaintances that you see in your daily routine; you have a conversation with them, interested in what there doing at the moment and then move on.  Not forgotten, but another day goes by.  I suppose that’s not fair to this album—because I do think it is a quality record—but it’s one that I know won’t get as many spins from me as I might do for other records.  Still, anyone who’s a fan of Abnormality will enjoy this until that new record comes.