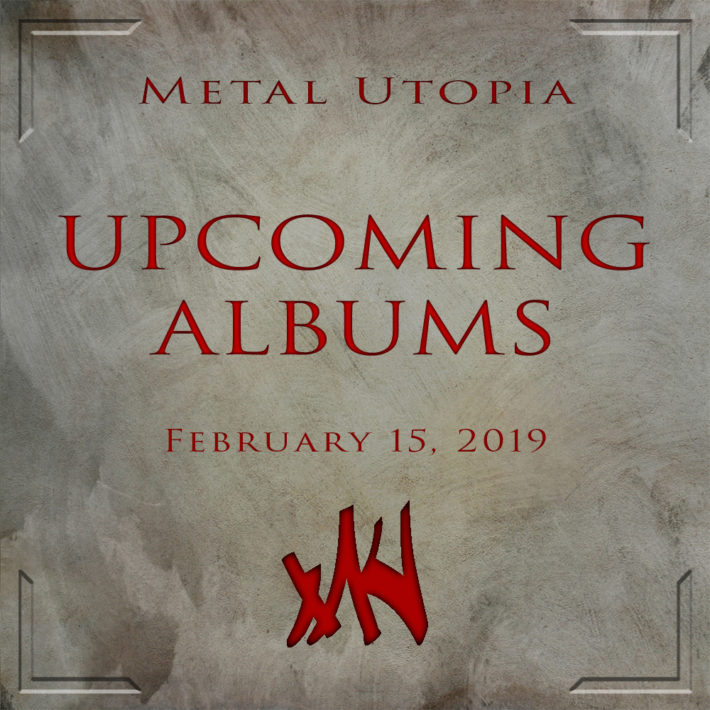 Ripping thrash from Toronto, CN. I’m pretty new to Chainbreaker’s material, but that’s probably the case with most. They’ve only put out a couple small releases since their inception. Their EP from 2016, Enslave Your Masters, has been on pretty heavy rotation as of late in my headphones, and what I’ve heard of the new upcoming record is even heavier and seems slightly more mature than their previous efforts.


Ethan is looking forward to Encoffinized’s Chambers of Deprivation, and God Disease’s Drifting Towards Inevitable Death:

Gross and guttural death metal from a young label with a ridiculously impressive roster. Releasing a three track demo last year, Encoffinized piqued my interest with simplistic but effective death metal. If you’re into the sub-genre, check them out and the rest Maggot Stomp has to offer.


I’ve been waiting on a full length from this group of filthy death doom purveyors for what feels like forever. Friday it is finally here, the culmination of three excellent EPs. Expect slow and evil riffs, and deep vocals from the bowels of Hell.

Epic soundscapes that are all-encompassing. Black metal styled chanting vocals. The music is absolutely beautiful, astonishing and crushing. I can’t wait for the entire thing to be released, it’s gonna be incredible. It’s been two years since their last release and Vanum seems to only be getting better.


Leon is looking forward to Rotting Christ’s The Heretics, and Saor’s Forgotten Paths:

Pioneers and most definitely legends of greek black metal come out with their 13th album. Seemingly never content to stick to one approach for longer than an album or two, it’s always interesting to see what they come up with next.


Ever since appearing on the scene six years ago, it was obvious that Saor is something special. A one man atmospheric black metal project that feels like a whole orchestra, a plethora of various sounds and instruments masterfully blended together into beatiful textures and melodies. Forgotten Paths still holds up to the level of quality expected, so don’t miss it.


Rutger is looking forward to Joyless Euphoria’s Dreaming in Ultraviolet:

The post-black metal band from Austria will release their second full-length album Dreaming in Ultraviolet February 15th. They’ve already released a promising single about three weeks ago that’s even got a cool, intriguing video. In short, I’m really curious as to what the full album will sound like and if you’re into post-black, I definitely recommend giving it a listen!