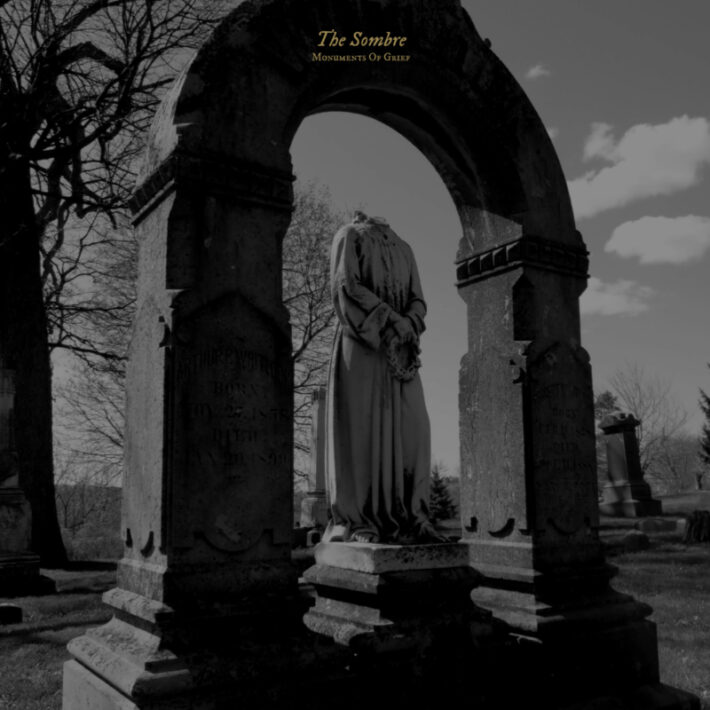 The Sombre is one of the numerous projects by Maurice de Jong, who is best known from his extremely gritty, dissonant and experimental noise project Gnaw Their Tongues. This isn’t the first review I’ve written about one of his projects and it probably won’t be the last, because with his twenty-five different musical projects, De Jong releases albums every few months (if not, more frequently). The average metal fan may not like everything he releases (especially projects like Gnaw Their Tongues can be hard to digest), but he puts out music in such a wide array of genres, that everyone will find something they like in his extensive discography.

By now, De Jong has gained quite a reputation in the underground extreme metal scene, and his followers know what they can expect from him: each project may sound different, but the quality is consistent. With some projects, he completely ignores genre conventions and boundaries, and he does whatever he feels is right, whereas with others, he takes a certain genre or sound as a starting point and recreates it, giving it a unique twist. The Sombre can be classified as one of the projects of the latter type. It’s a 90’s death/doom-inspired project in the same vein as “The Peaceville Three”: My Dying Bride, Anathema and Paradise Lost. Monuments of Grief is The Sombre’s third record and is released this Friday, August 19th.

The guitars on the record have a fuzzy and almost dazing sound. Like The Sombre’s inspiration, the music is riff-heavy, in the sense that there’s constantly a few different riffs playing, at the same time or after one another. These different melodies create interesting harmonies, both dissonant as well as consonant. What adds to the dazing sound is the fact that these guitar riffs were recorded with a kind of phase between them, creating a full and overwhelming effect. There’s enough repetition in the riffs to engage the listener upon a first listen, yet there’s also enough variety to keep their attention. This variety isn’t just brought about by the guitars, but it’s also in the drums. Following the doom metal aspect of the project, the drums patterns are predominantly slow, but there’s also passages with faster drums and double bass, which can be appointed to the death metal influences in the music. Another rhythm-based element that keeps the music fresh is the time signatures that change every now and then, thus changing the vibe of the music throughout the tracks. Those who know other music by De Jong will be surprised at the vocals. He traded his recognizable, high-pitched screams for deep, guttural grunts, which really fit the death/doom sound of The Sombre and which show that De Jong masters various vocal styles.

Despite the fact that the project is called The Sombre, and doom metal’s themes are usually far from positive, the album isn’t downright depressing. In addition to dissonance and minor chords, there’s also consonant riffs and major chord progressions (“From the Depths of Misery” actually ends on a major chord), which give the music more of a bittersweet feeling and make the general vibe of the record more nostalgic or melancholic, rather than depressing.

In short, Monuments of Grief is recommended for those who like 90’s death/doom and want to hear something fresh. The close harmonies in the guitar riffs, in combination with the phased recording and fuzzy sound, give the record an almost overwhelming sound, whereas the alternation between consonance and dissonance give it a melancholic or nostalgic vibe. It’s always worth it to check out De Jong’s projects, for you can always expect something interesting and of good quality.