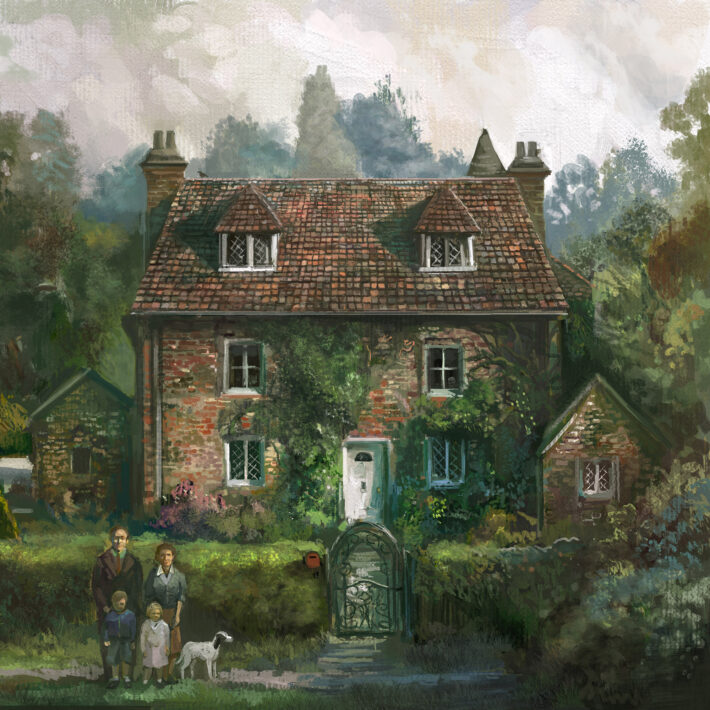 Dawnwalker are a British prog rock band that seem to intentionally evade labels. Their last record, Ages, was progressive post metal that got a lot of love from the prog community, although I have never been its biggest fan. Their newest record House Of Sand is a different beast. They’ve traded metal influences for 70s prog and folk sounds. Dawnwalker have a ton of talent, and even if their last record didn’t click with me it was still quite impressive in many ways. House Of Sand was a record to pay attention to.

House Of Sand sounds like a dream. The record is full, yet distant. Dawnwalker has added plenty of echoing reverb to their sound, in addition to pulsing guitars and muffled drums. The band sounds quite Floydian, more than on Ages. House Of Sand is understated and deliberately paced. The band didn’t write gigantic crashing climaxes. Instead, they let small moments become the focus. Through the record, there are patches of vibrancy and moments of high intensity, but this is less about focused high points and more about waves of sound.

The vocalists sound vibrant and varied, partially because there are so many of them. In House Of Sand, you’ll get growls, clean line, male leads, female leads, solos and harmonies. Dawnwalker mostly nails these. The harmonies on songs like “False Doors” draw me in like a banana split in a heatwave. The tone almost presents an issue, as the vocal lines consistently sound like they’re about to dive flat, but this anxiety never materializes as they never end up going wildly out of tune. Still, this issue distracted me and took me out of the music.

The rest of the instrumentation involves large, full passages. The mix is clear enough to support the bursting bucket of musicians present. The drums do get a bit buried, I think by design, and it would have been nice to have a bit more of these. House Of Sand is a true ensemble attempt, and the group does well playing as a greater whole.

Despite the drastic change in style from Ages, Dawnwalker’s songwriting still doesn’t work to my ears. These songs sound too similar at times. While a defender of Dawnwalker could correctly say that’s due to repeated themes and a well-executed cohesive theme of sorrow peeking out from behind an already full picture, these songs end up simply retreading on already concluded ground to my ears. Dawnwalker’s style of rolling walls of sound create a great mechanism for dynamic control, as the band builds them up and washes them away, but this just adds to the issue of tracks sounding too similar to each other. The guitar patterns also stay in a very safe, well-trodden style that doesn’t really do anything for the record.

When listening to House Of Sand I intermittently get lost at sea. When I eliminate distractions and focus entirely on Dawnwalker, subtle moments of excellence reveal themselves. If I try to listen to House Of Sand while cooking or reading, the music drifts away. I appreciate that Dawnwalker have created demanding music, but I don’t think the payoff is worth it. An album that only works when in the right conditions has to be that much better when the stars align. While House Of Sand does well, but not well enough to keep me invested. The end of the record is anticlimactic, which makes the record’s lulls feel less worth it.

House Of Sand is a step up from Ages, even if that step ends up being on a different staircase. Some prog fans will rightfully go absolutely ballistic over this record. I can appreciate House Of Sand, but I don’t love it. While some metal fans may scratch their heads and wonder where the riffs went, Dawnwalker is a talented enough band to be worth your attention if you are into prog or the softer side of metal.