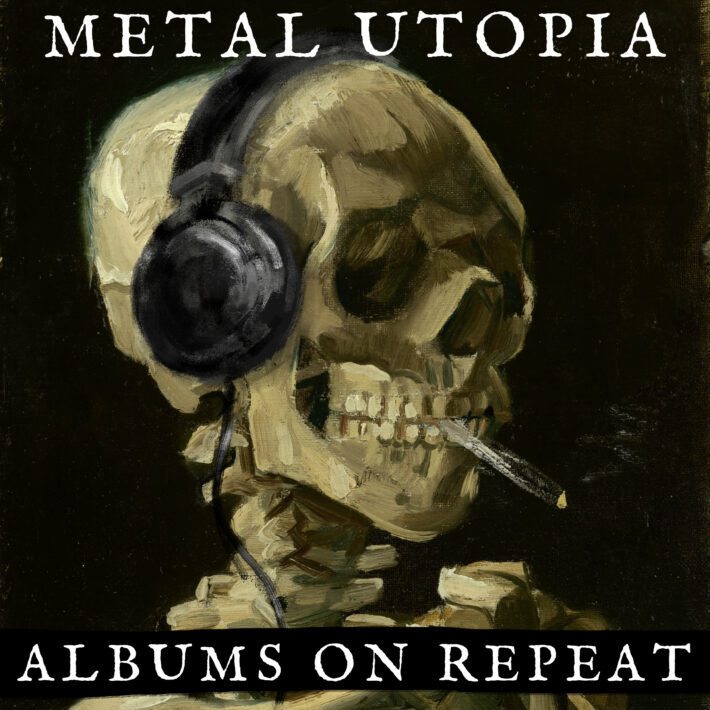 Rutger has been listening to Mantar’s Pain is Forever and This is the End:

Though Imperial Triumphant’s Spirit of Ecstasy won the ‘Album of the month’-title for me, Mantar’s Pain is Forever and This is the End has been spinning a lot as well, lately. Like their previous records, it’s got that perfect balance between depression and energy, making it one of the albums I’ve listened to most while commuting by bike or on foot.

Nothing better than aliens and death metal.


Leon has been listening to Nechochwen’s Kanawha Black:

Ever since it came out back in May I’ve been spinning it at least once a week. Some say it’s a bit unfocused with too many disparate styles composing the songs. I can see that, but I also don’t agree because for one, it’s still tonally consistent, and two, all the different parts are pure ear candy regardless. Hard recommend if you’ve any affinity for melodic black or death metal and/or classic guitar.


Jared has been listening to Dismember’s Like An Ever Flowing Stream:

Dismember’s legendary album “Like An Ever Flowing Stream” just got re-released on streaming services after being missing for a long time, thanks to the band re-signing with Nuclear Blast. I took the opportunity to listen to it again, and it still holds up to this day. It’s impressive how much modern death metal bands take after Dismember almost without knowing it, as they reflect a more polished side of the Stockholm sound.


Nathan has been listening to Cultes Des Ghoules’ Coven, or Evil Ways Instead of Love: