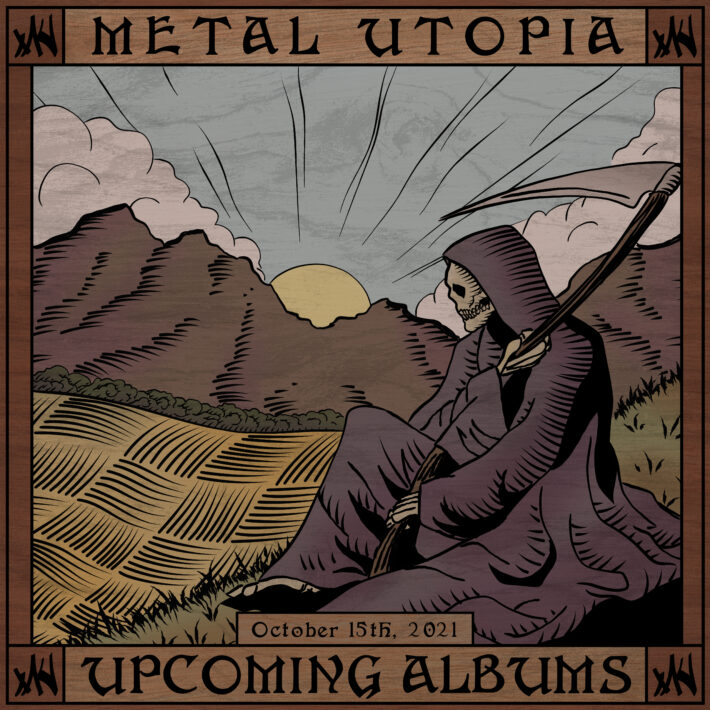 Leon is looking forward to Hate’s Rugia, Necromantia’s To The Depths We Descend…, and Zebulon Pike’s The Dual Monarchy:

Polish blackened death longrunners (since ’90) are out with their twelfth album. The singles are quite solid so I expect another solid record.


This is it. Their final album after more than thirty years of service, after which they announced their dissolution. One of the Greek black metal pioneers, defining a sound which left its mark worldwide. They didn’t put out many releases (this is their sixth proper full length), but some of them are undeniable classics.


Not as popular or as prolific, but for twenty years now an absolute powerhouse of instrumental stoner metal. Never afraid to implement whatever influences work in their favour, be it prog, doom, psych, post-rock or what have you.


Rick is looking forward to Lords Of Black’s Alchemy Of Souls Part II, and Lutharö’s Hiraeth:

This Spanish band is back after just one year with the sequel of (you guessed it) Alchemy Of Souls Part I, an album that I liked very much even though it wasn’t extraordinary; I remain very fond of this band and I can’t wait to hear the product of their latest efforts, but I do wish for it to be better than its predecessor.


I have already heard this album for an interview with the band, but I coudn’t be more excited for Hiraeth to finally be released, because everyone needs to hear this record. Halfway between heavy, thrash and melodic death metal, Lutharö’s debut album is simply incendiary.