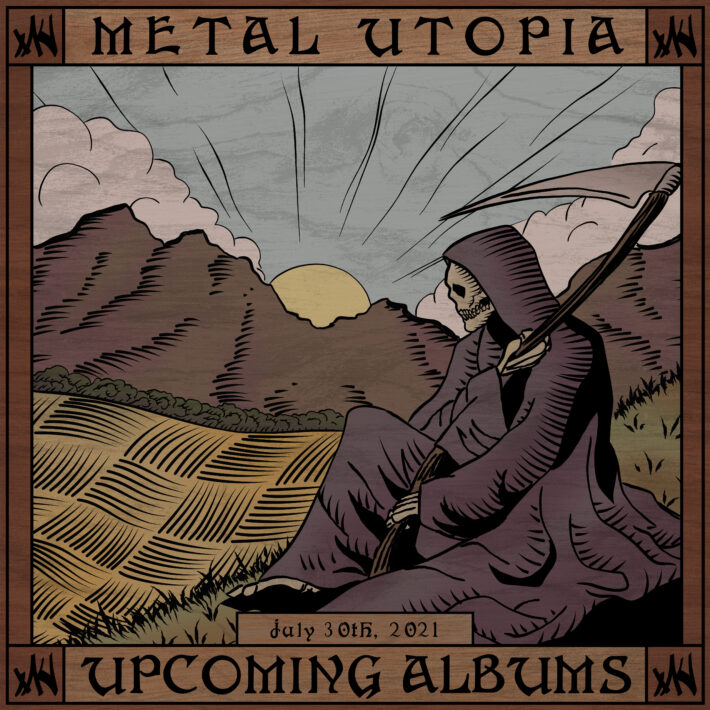 The only thing I don’t understand is why Prophecy decided to release an album with such lush summer vibes so later. It’s sunny and hot outside I need those vibes man. In any case, the singles released thus far absolutely won me over and I’m already having this contend for my AOTY list.

It always surprises me how different Lantlôs sounds from the (post-)black metal bands I usually listen to, but at the same time it feels very much alike. Looking forward to hearing fresh music to scratch that shoegazey itch.

I was starting to wonder where King Woman disappeared because I loved their debut. Celestial Blues sticks to the doomgaze formula but shows a band that certainly grew and developed since their last record. It’s heavy, it’s sometimes desperate, sometimes hopeful, fully cathartic.


Rutger is looking forward to Underdark’s Our Bodies Burned Bright on Re-Entry, and The Shade of Crow’s Capítulo I: Ruínas:

Underdark is a post-black metal band from the UK who release their first full-length this Friday. The singles have been promising, so I’m excited to hear the full album.


This is Brazilian black metal one-man-project The Shade of Crow’s third full-length. It’s the first EP of a trilogy which is thematically linked, meaning that there will be two more releases in the same vein.