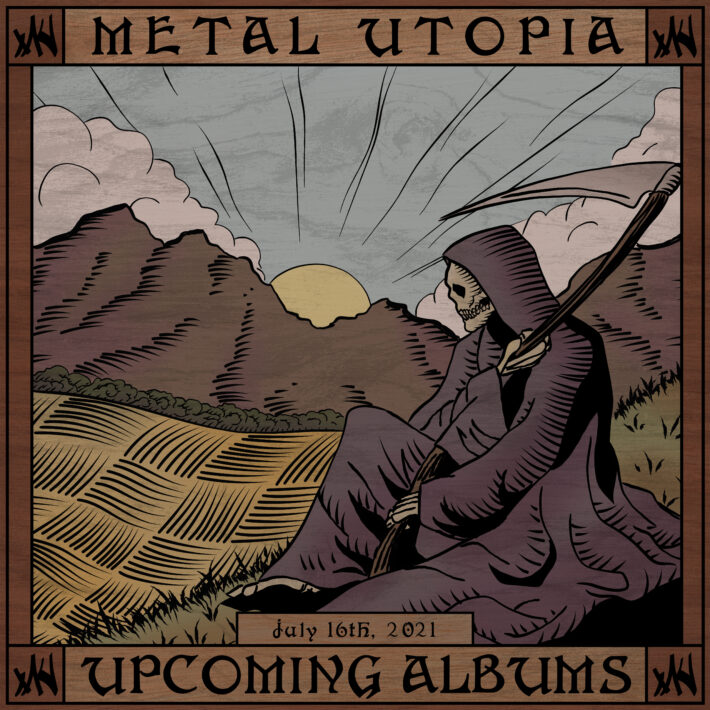 It’s been quite a while. Vulture Lord’s first and until now only full-length was released in 2003. The band’s always been a crossroads for many members of the Norwegian black metal scene who have been better known through their other bands. Now, Vulture Lord got back together to reestablish their brand of black/thrash metal. The singles sound properly old school and raw so get in on this if you need some good old straightforward black metal.


Named after the studio where they record a lot of their stuff, Thou releases a compilation of previous split material as well as some re-recordings of old songs. Since Thou are really split-happy and you probably didn’t go out of your way to collect all of them, this compilation is very welcome for us more casual record collectors.


Pretty standard modern tech-death in the vein of Obscura, Beyond Creation etc, this time coming from metal scene powerhouse Iceland (seriously, how do they have such output with such a small population). If you’re all out of wanky riffage, this’ll have you covered.


Rick is looking forward to Powerwolf’s Call Of The Wild:

Powerwolf albums do tend to be quite similar to each other – and that’s putting it gently – but the crushing, rich sound and the roaring melodies never stop being captivating either. These guys have a winning formula, and no matter how standard it is, everytime I hear it I am left wanting more. So, here I am.


Spenser is looking forward to Cognitve’s Malevolent Thoughts Of A HAstened Extinction:

A modern tech-death album with deathcore influences that can tide me over until the next release from Allegaeon.