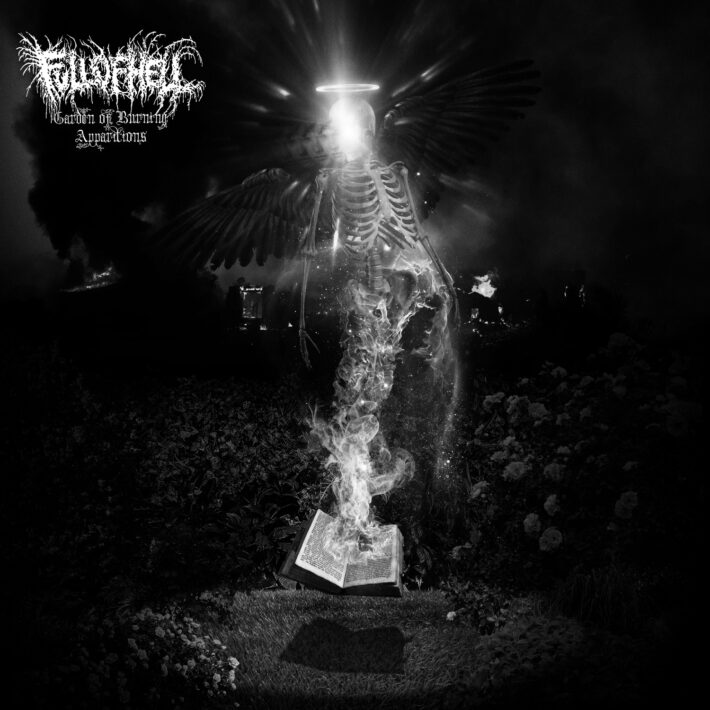 Full Of Hell are a US-based grindcore band who have become standard-bearers for the genre. On Garden Of Burning Apparitions, their fifth full-length release, listeners will find no surprises. For the unfamiliar, the group blends the aggressive side of hardcore with the brutality of death metal to make something fast, nasty, and memorable, and add a bit of noise experimentation to keep everyone guessing about what will come next. Tracks remain short and violent. Vocalist Dylan Walker stated that the band feels free to make “whatever record (they) want, within reason.” I hope they continue this for a long time, because whatever record they want to make has aligned pretty damn well with whatever record I want to listen to for several releases in a row.

Full Of Hell sound like a band in their prime. Garden Of Burning Apparitions combines bombast and precision to create its best moments, which rival almost any death metal releases from this year you want to throw at them. Riffs sound punishing and remarkable, brief and memorable, full and strong. Full Of Hell have made noise about breaking molds, and I’ll complain about some of these attempts later, but absurdly compelling songwriting forms the foundation of all of those attempts.

More insane, out-there grindcore exists. More aggressive, melodic, whatever. But Full Of Hell remain at the top of the genre for a reason. In a world of raw, underground fury, Full Of Hell embellish their sound with almost a level of restraint. It’s not that they sacrifice fire for form. Rather, they don’t let aggression override the need for good songs. Everything exists in service to the music, and the music strongly resonates with me as a result.

Despite their experimentation, Full Of Hell always return home.You’ll probably reprise whatever you thought of Weeping Choir or Trumpeting Ecstasy for Garden Of Burning Apparitions. For some bands, this would signal some concerning stagnation, but for Full Of Hell, this just means that they’ve continued to solidify their sound. Full Of Hell don’t sound like they’re running ot of ideas, or relying on old tropes. They drink deeply of their well of creativity and splendor here, and it shows no signs of going dry even if it is the same well as before.

The production goes a little wonky on this one. It sounds like they turned up the base a little too much, and entire songs have pulsating, unignorable and deafening heartbeats as a result. I got used to it, but this took a moment of adjustment every time I put the record on. This isn’t a huge change from previous albums, but it’s noticeable enough.

When Full Of Hell start to dive into more experimental noise music or into longer songs things go downhill. “Derelict Satellite” and “Non-Atomism” work the least for me out of all of the tracks on this record, mostly for those reasons. I can mostly ignore “Non-Atomism” due to its placement on the record and status as an almost intro track, but “Derelict Satellite” plops itself right in the front third of the record and lasts for a long three minutes (at least, long in the grindcore world). Then again, I never enjoyed “Armory Of Obsidian Glass” or “At The Cauldron’s Bottom” either. If you haven’t minded it when Full Of Hell stretched their legs before, maybe you won’t mind it this time. Maybe it’s just me. This is Full Of Hell, after all. You get exactly what it says on the tin.

There weren’t any surprises here, which is exactly what I wanted from this band. Full Of Hell have become one of the biggest forces of their genre, and it seems like they will keep going forever. If you weren’t a fan of Full Of Hell, you won’t suddenly become one because of Garden Of Burning Apparitions. For those of us who were fans, this album is just another step in a great career.

You need to add a widget, row, or prebuilt layout before you’ll see anything here. 🙂