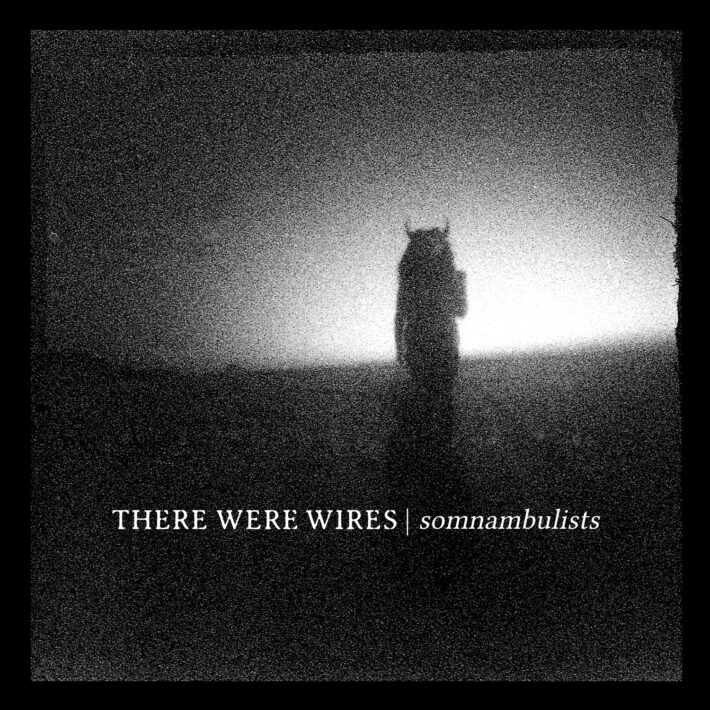 How a record will age usually remains unanswered in a review. Barring someone finding a time machine, whether or not a record will stand the test of time won’t be easy to tell when said album is brand new, regardless of how excited you were when it was released. 2000s releases such as Linkin Park’s Minutes To Midnight and Daniel Powter’s “Bad Day” have not held up as well as my middle school self would have anticipated. Luckily, I happened to find that time machine the other day, so I can say with certainty how I will feel about the band There Were Wires roughly after the release of their record Somnambulists.

If something in the band’s name sparked some memories for you and you did a quick google search, you may have already discovered that I lied about the time machine. Somnambulists was originally released in 2003 by Iodine Recordings, a record label that went under soon after. This was the second and final release by the Massachusetts based group, and it has been remastered as part of a comeback effort by the label and band. Musically, the album takes after some of the big names of the day, including Converge and Dillinger Escape Plan. There Were Wires replaces the chaos and aggression of those groups with a more doom-focused approach to metalcore. There has been plenty of years for you to listen to this, but if you’re like me you didn’t bother before this remix and return. Time to brace myself for some music that hopefully hasn’t aged as poorly as other 2003 releases such as the movie Love Actually and the Iraq War.

Somnambulists starts off well. Opener “New Doom” contains a hint of the wilder moments of the metalcore titans of the time, but ends up being more of a slow build towards a satisfying finish. There Were Wires revels in metallic disarray. The doomy elements of their sound are present from the beginning, but they always clothe themselves in bright metallic skin. The result satisfies me. Although There Were Wires never reached the appeal of some bands, all of the pieces were there for them to do so. Somnambulists remains accessible enough to appeal to people who didn’t dive deep into There Were Wires’s chosen subgenres, but contained some fun twists to maintain interest of the entrenched audience. I found myself enjoying some of the slower moments where the band let their sound marinate. I also found myself enjoying the longer tracks, specifically “Gasp,” where the band could stretch and build towards something.

Unfortunately, between “New Doom” and “Gasp” are five tracks that do nothing for me, and after “Gasp” is one more nothing track before the record ends. I made an effort to separate them because I’m reviewing this album, but if I wasn’t I would have just given up on Somnambulists early on. When There Were Wires clicks, their metalcore and doom elements amplify and bring out the best in each other. The weight and space allows their punk influence to go to stretch out and distort until it reaches an interesting place. But when There Were Wires misses, everything cancels everything else out. It sounds like a generic metalcore album, only slowed down and atmospheric enough that the energy of punk music can’t save them.

I had difficulty caring about Somnambulists. It wasn’t bad. I didn’t hate it. It would just turn into musical wallpaper whenever I had it on. I would try to pay attention and grasp onto the good parts, but doing so started out poorly and got worse as my listening went on.

Somnambulists doesn’t feel like it aged poorly since its original release. There Were Wires could release it today and it would fit right in. Instead, it feels like it started out lifeless. Apparently There Were Wires were known as a live band. If so, that could explain my issues with Somnambulists. Some bands have music that just doesn’t translate to the studio. In any case, I couldn’t bring myself to care about Somnambulists at all. I’m sure some people will feel a wave of nostalgia wash over them when they listen to this record, and if that’s you, go have your fun. Some people may be more interested in this brand of metalcore than I am, this certainly isn’t an irredeemable release. For me, though, I’m done with Somnambulists.