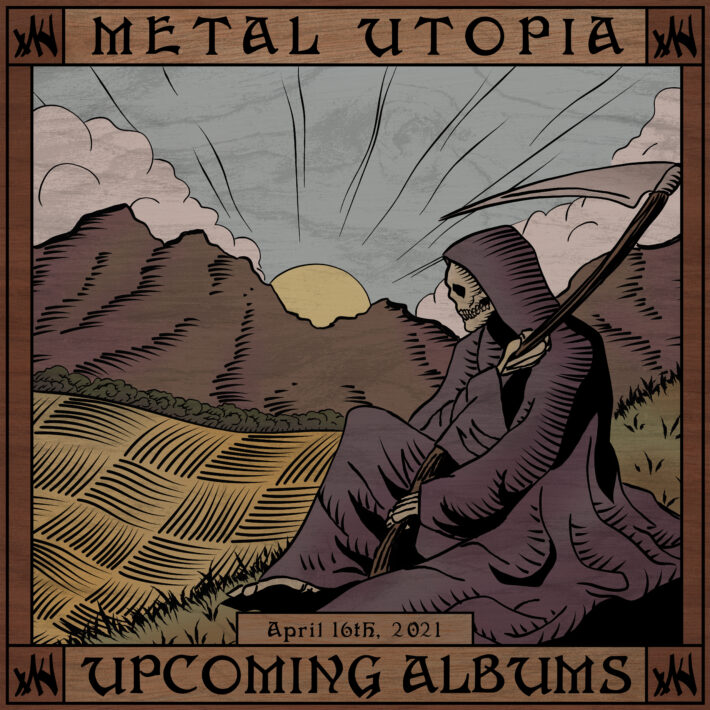 Chaz and Sean are looking forward to Bewitcher’s Cursed Be Thy Kingdom:

On Cursed Be Thy Kingdom, the Portland-based satanic speed metallers drink from the chalice of rock ‘n’ roll, adding a fun, classic attitude to their signature snarling sizzle.

Blackened Speed Metal by a band that gets better and better with each release. This is sure to be an album that holds strong throughout 2021.

With Cannibal Corpse you know exactly what you’ll get, i.e. at the very least quite solid, well-produced death metal. This is their first with Erik Rutan on guitars, a man who has proved himself time and time again so this should not concern fans at all, on the contrary, probably get them excited.


Leon and Sean are looking forward to Spectral Wound’s A Diabolic Thirst:

A black metal band you won’t believe isn’t from Finland return with another unholy offering after 2018’s quite resonant “Infernal Decadence”. The singles are top notch, so I have great expectations.

No frills Black Metal at the highest level. Spectral Wound have consistently put out absolute gems of the genre. This album is sure not to disappoint.

Danish band formerly playing crusty black metal decide to add some of that new-fangled heavy metal into the mix – to wonderful results if I might add. Raw, heavy and melodic.