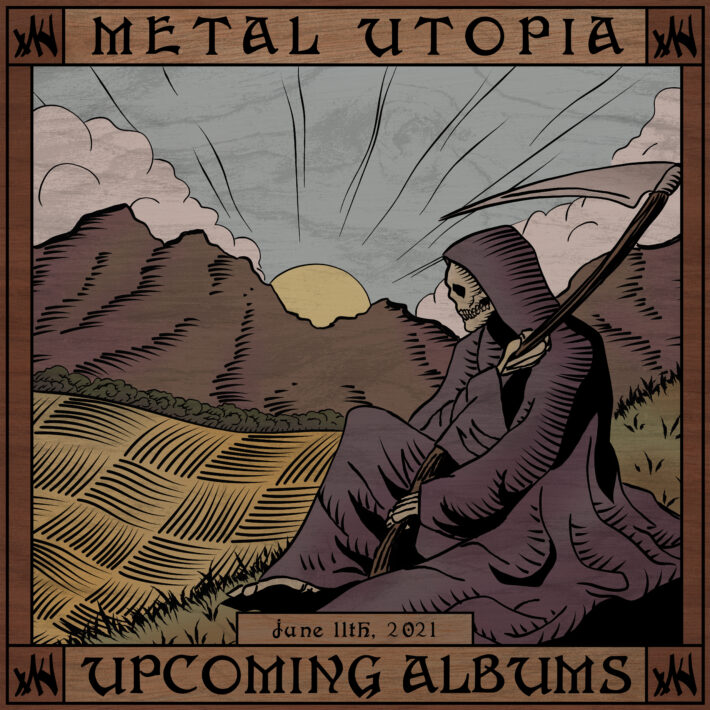 Medieval black metal has formed itself as a distinct style lately, i.e. folk-informed melodic black metal mostly coming from France. Passéisme is another great contribution, only this time not French, but coming from Russia.


Dornenreich is one of those ‘if you know, you know’ kinds of bands. It’s a kind of distinct German/Austrian genre-mixing style rooted in melodic black metal with gothic-y naturalist romantic aesthetic, but musically implementing everything from prog to folk. A la Empyrium, Nocte Obducta, Dämmerfarben etc. If you don’t know, but like some of the mentioned bands, give Dornenreich a go.

Standard yet solid heavy/power metal from Germany, a land which cleary is the epicenter of European power metal. These kinds of bands are all more or less inspired by Hammerfall, but most of the times they provide enough entertainment, even if they’re kinda disposable.


Rutger is looking forward to Thy Light’s Thy Light:

Eight years after their previous full-length, Thy Light released their new, self-titled EP last Sunday, June 6th. I’ve already heard it once, and it seems that the duo have once again created a beautiful dsbm-album.

While it’s not a metal album, AFI have been a favorite band of mine stemming all the way back to the days when they made Misfits worship music. Since then the band has continued to evolve and change without ever diminishing in quality. Bodies is sure to continue the trend of one incredible album after another.