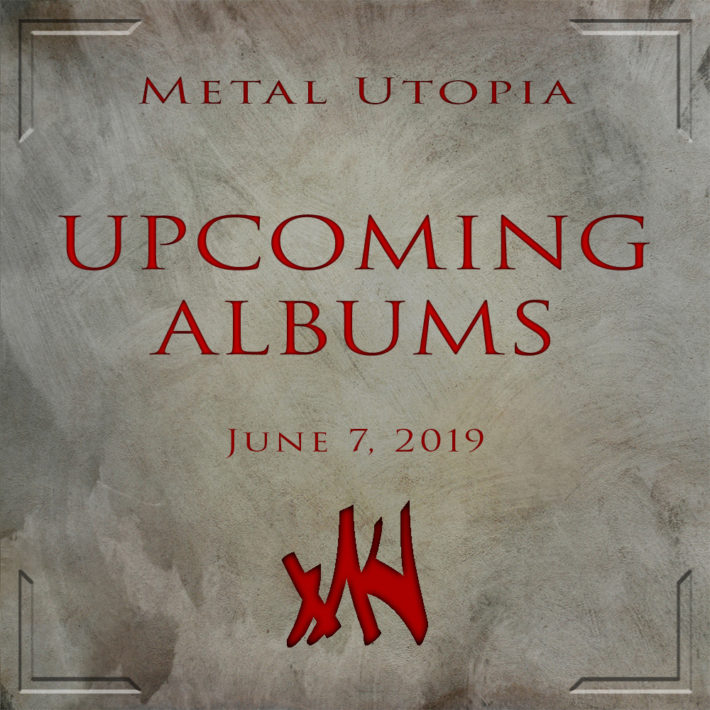 JP is looking forward to Chon’s Chon, and Flub’s Flub:

Chon is here to satisfy your instrumental desires. Chon blend prog metal with post rock in a great way to create their own signsture sound, similar to how Polyphia has done for themselves.


Flub is about to drop one of the spiciest tech death albums this year. Flub’s debut self-titled record is filled to the brim with different genre and stylistic influences. You will not be able to deny that this record makes you want to dance and also punch something at the same time.


Joey is looking forward to Fuming Mouth’s The Grand Descent:

I saw these guys open up for Vein last year and have been eagerly anticipating their LP to drop ever since. Pure raw aggression in a similar taste of Nails, Gatecreeper, and All Pigs Must Die. Fuming Mouth is here to fuel your late night mosh sessions.

Enthroned have been around since the early days of second-wave black metal and even though they haven’t gotten the same attention as their norwegian colleagues, they are still not to be underestimated. They’ve been relentlessly playing for more than twenty years now, and this is their 11th full length.


Firespawn is composed of swedish scene veterans from well-known bands Entombed and Necrophobic, and they decided to play no-bullshit death metal, and they’re good at it.


Pelican was absolutely instrumental in forming the post-metal sound way back in mid-2000’s. Unfortunately they’ve been gone from the scene for way too long (their last full length was in 2013!). Fortunately that hiatus wasn’t permanent and I’m certain they’re coming back in full force.


Møl’s 2018 “Jord” created waves in the blackgaze scene, loved by both fans and critics. This is a compilation of their two older EP’s, hopefully a preparation for new material.