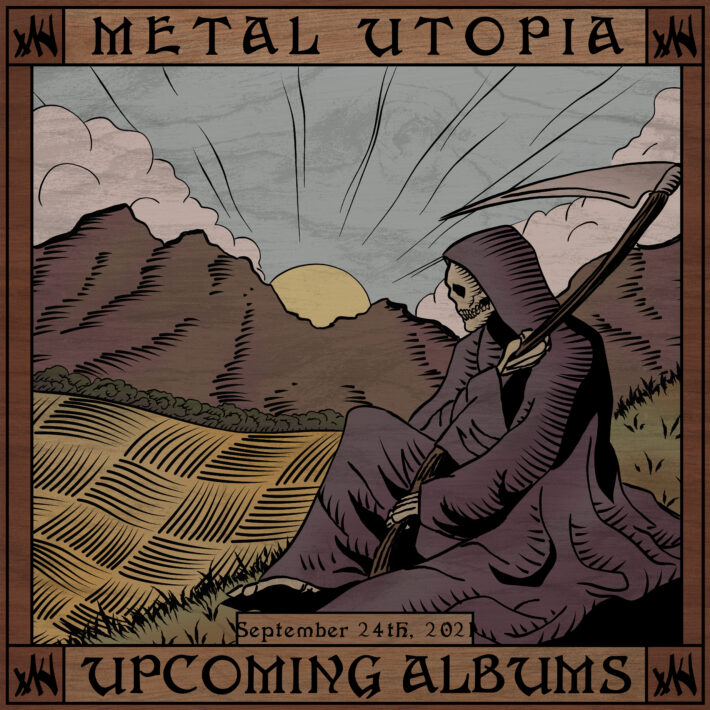 Leon is looking forward to Skepticism’s Companion, and The Body / Big Brave’s Leaving None but Small Birds, and Iskandr’s Vergezicht:

These funeral doom pioneers certainly take their time in between records, but as each one is so delicately crafted, the wait is well justified.


As The Body are on the constant prowl to find more victims for their collaboration projects, it was a matter of time before they picked up Big Brave. Their drone/sludge/shoegaze mix is perfectly compatible with The Body.


Dutch black metal is a force to be reckoned with nowadays, and here we have another release from the very collaborative scene, featuring members that also play in Fluisteraars, Solar Temple, Turia and others.


Rick is looking forward to A Pale Horse Named Death’s Infernum In Terra:

Type O Negative and Life Of Agony alumnus Sal Abruscato makes yet again his return with the fourth album from his band. Infernum In Terra bears the implicit promise of beign a turning point for the group, from side project to full-fleged band; as long as it proves to be a return to form after their previous, slighty-more-than-mediocre effort.


Rutger is looking forward to Rivers of Nihil’s The Work:

After the masterpiece that is Where Owls Know My Name, Rivers of Nihil release the fourth installment in their season-inspired quadrilogy. The singles released so far have shown that the band have continued their experimentation in musical style, so I can’t wait to hear the final product.