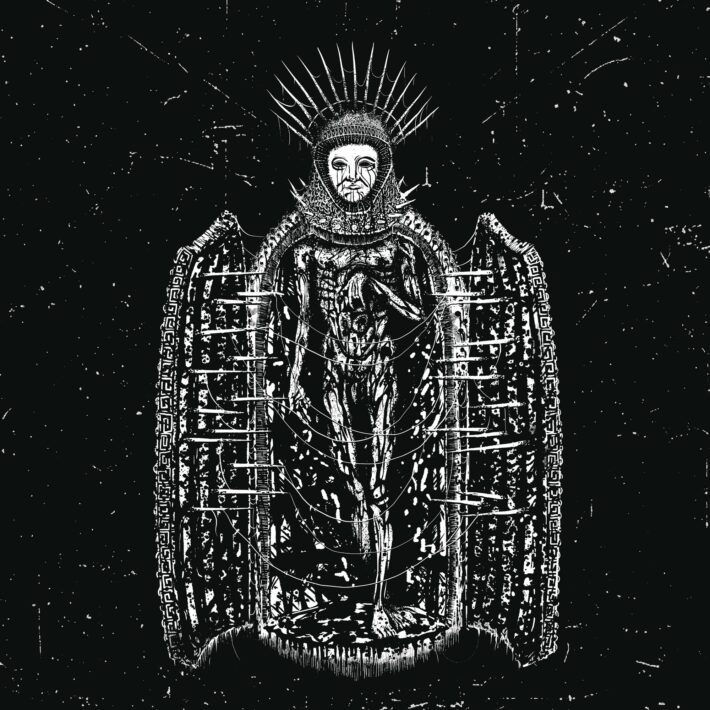 The rare death metal band with more vocalists than instrumentalists, Canadian black/death metal group Malgoth prepares to release its debut full-length album Glory Through Savagery on Iron Bonehead Productions. This record is an ugly, messy, vulgar mess with a glorious atmosphere. The primary, and really only, focus of this young band, is producing as much suffocating bile as they can. Given the age and style of the band, going in I knew this could vary wildly in quality. No matter what, though, it was going to be memorable.

Glory Through Savagery starts off with a suspect and overly long intro. After that, things immediately kick into high gear. Opener “Throne Of Infinite Power” spews forth through some ugly, uncompromising, and ultimately fascinating passages. The production job serves the band well, as it creates both a muddy, unclear undertone to everything and also gives the guitars and vocals extra power. The album ends up drenched in reverb, but it deserves it and uses it well.

Malgoth’s vocalists fit the band’s sound perfectly. The bestial professions of these guys combine death metal’s gurgling, low chainsaw rasp with black metal’s higher shrieks of a ghost and gets the best from both. Not many bands in the extreme metal world use two vocalists as effectively as Malgoth does here. The vocals never get lost in the mix, but they often retreat to the same level as the other instruments, sounding like part of a larger tapestry rather than a leading instrument.

And it’s a beautiful tapestry. Malgoth crafted their sound with precision and care. The unique vocal duo helps, but everything just feels full. Some extreme music of this style sounds overly congested, and some don’t get to the level of filth that they need. Malgoth clears these hurdles. This band just feels good to listen to. I didn’t ever get bored with Glory Through Savagery, nor did I ever have trouble bringing myself to listen to it. Glory Through Savagery kept my attention firmly and happily in place.

The drums feel powerful, but rigid. I don’t know if they were programmed or not, but either way they are too stiff and awkward to serve their purpose well. Combine this with the riffs, which sometimes sound incredible and sometimes sound like Malgoth knew they needed to get to the next section of good stuff but didn’t know how to get there, and you get a band still finding their footing. Makes sense, given the young age of the group.

On first listen, the production and atmosphere of Glory Through Savagery paper over these songwriting flaws. Over time and over listens, the record starts to sink. Some albums age better than others, and this one ages as well as the Mets do in a typical season.

Malgoth have the pieces to be a unique and successful band, they just have to put them together. For now, though, Glory Through Savagery is a fine and forgettable release. I recommend it to anyone looking for the ugliest sounds imaginable, and I anticipate that quite a few members of the target audience will rate this much higher than I did. The future is bright for Malgoth. Or dark and disturbing, whichever they’d prefer.