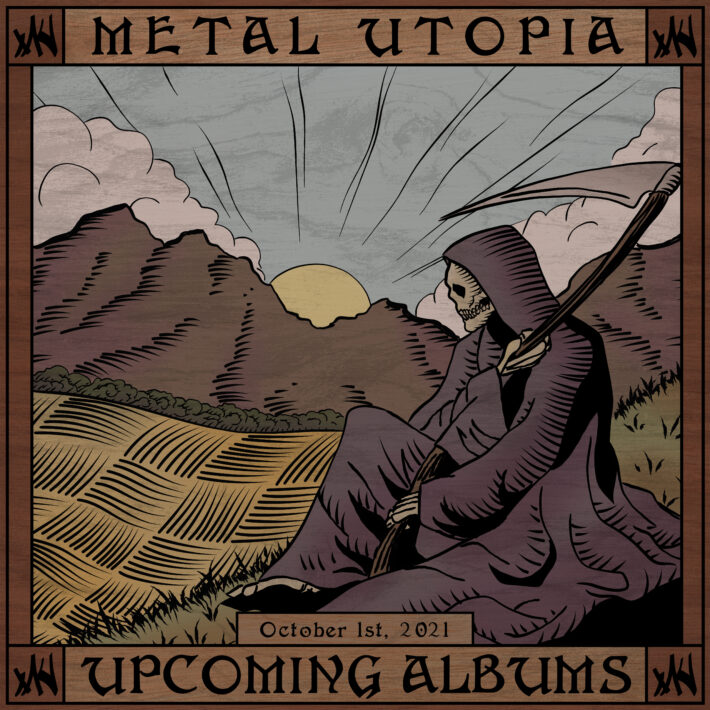 Name says it all. If you’re up for some knuckle-dragging dank death metal, Caveman Cult are your dudes.


Absolutely filthy and unbearably heavy, the blackened sludge group deliver their third album. If you haven’t heard of them, you might’ve heard of their chief member, Dave Suzuki, who played lead guitar in Vital Remains through some of their best albums.


I’m trying to think of something more polite than “haha Ministry still makes albums”, but I’m having a hard time. Their old stuff is still good and there to listen, I guess?


Rick is looking forward to KK’s Priest’s Sermons Of The Sinners:

The sole reason I’m interested in this album is because Judas Priest is my favourite band, so I am bound to check out everything that sprouts from its roots; KK’s version of how things have gone down between he and his former bandmates smells like self-victimization to say the least, but I can’t ignore his sheer talent and unique style when it comes to heavy metal. Even if it’ll be a clone of 80s Priest, this is an album I can’t ignore.


Rutger is looking forward to Full of Hell’s Garden of Burning Apparitions:

Full of Hell release a new full-length this Friday, following the 2019 abstract, dissonant masterpiece that was Weeping Choir. I’m curious how they’ll have developed their sound.