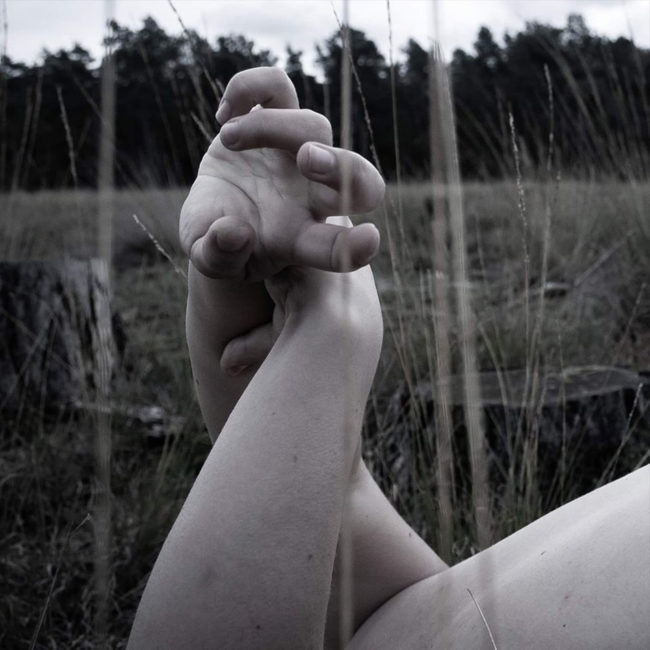 “We are all vulnerable. This makes us feel weak.”

These are the opening lines of Treurwilg’s upcoming album, An End To Rumination. The Dutch doom metal band doesn’t beat around the bush: like their band name suggests (Treurwilg is Dutch for Weeping Willow), their music isn’t about sunshine and happiness. Instead, their funeral doom infused music is about depression, sadness and the impermanence of life. The band states that their music is “destined to drag even the happiest soul down to hell,” and this becomes utterly clear when you put on one of their albums, their upcoming one even more than their first.

Treurwilg was founded back in 2014, when they started as a live band, and even before releasing their debut album, Departure, in 2016, they had already recorded and released a live album. Departure was a promising debut that really showed the potential of the band. They had created a massive sound, with doom metal, funeral doom, and even atmospheric influences on the record. Now, just over three years later, Treurwilg releases their sophomore album, An End To Rumination. You can definitely hear that the band has musically matured over the past few years. The music is more dynamic, the composition is more complex and the overall production sounds more balanced.

The album’s opening song, Fragility of Mankind, starts with an intriguing guitar melody over which guest vocalist Steve Janiak (from Apostle of Solitude) pronounces the depressing concept of the record. After that, the band suddenly breaks free into the heaviness that Treurwilg is known for. Although in the first instance it almost seems like they overdid it a bit with the effects, this quickly smoothes out, after which it doesn’t occur again. After a while of musical aggression, the guitar melody from the intro comes back, but this time gets accompanied by the other instruments. With the drums slowly building up and the bass guitar joining in after a while, the tension increases very steadily, making it feel very natural when the music returns to its maximum heaviness. There’s a seamless transition into the next song, In Ruin and Misery, which again starts with a haunting guitar riff with atmospheric effects in the background that give it a richer sound. After a while of tranquil music, the distortion comes back and reminds you that you’re actually listening to a doom metal band instead of a relaxation tape (in a good way, though ;P). After a while, the music dials down a bit into an interlude with a guitar that’s slightly off key, reinforcing the dissonance and giving the song that extra unsettling atmosphere. The vocals are now deeper than on the first track, this is where the funeral doom influences really come forward. This song, as well as the next two, end with melancholic string passages (done by Faal’s keyboardist Catía André Almeida) that connect each song to the next one, making the album like one whole piece.

Shallow Pools of Grief, the album’s final track, is the perfect conclusion to the album. It starts with a haunting guitar riff and the drums and the other guitars emphasizing every note of the dissonance dissonant melody. The alternation between full-on heavy passages and ‘calmer’ passages (as far as doom metal can be calm) keeps the track interesting to listen to. Near the end of the song, the guitars fade into a piano passage over which a final pessimistic message is put forward, really closing the album both musically as well as lyrically.

In short, Treurwilg’s An End To Rumination is a great doom record that really tends toward funeral doom. The album definitely sounds more mature than their debut, in composition as well as in production. There’s a wide array of instruments and how these instruments play together or alternate with each other, and the music is very dynamic. For anyone who’s into bands like Bell Witch or Evoken, you must check out Treurwilg!