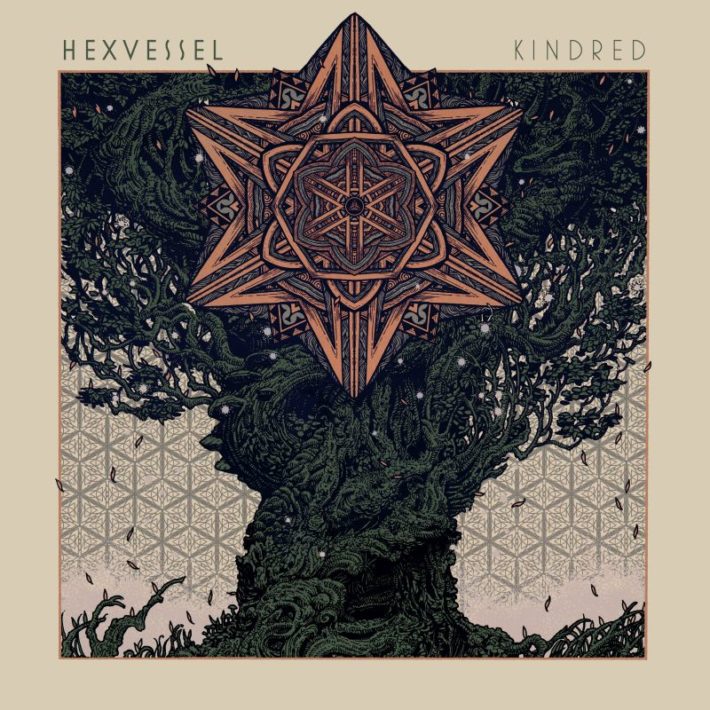 Hexvessel was always one of those non-metal metal-adjacent bands, regularly being promoted in its publications and enjoyed by its fans. The reasons are similar to other such bands; for instance, the frontman and creative head of the band, Mat “Kvohst” McNerney forged his craft with various metal bands such as Code, Dodheimsgard, Decrepit Spectre, etc. Interestingly, each of these was from a different European country, but in the end, McNerney settled in Finland to start a project that he would likely end up being most famous for – Hexvessel. But another, I’d say more important reason why such bands are popular among the metal crowd, is the general feel of their music. Hexvessel plays psychedelic folk rock thematically focused on nature, the occult and various philosophical expressions of such. These are some archetypal metal topics, yet not something that by itself sets a band apart from decidedly non-metal styling. What makes Hexvessel attractive to metalheads is how such stylings are interpreted – and their music sounds staunchly mystical and haunting, constantly exchanging moments of existential dread and life-affirming celebrations. In short, it manages to come off as heavy music without sounding heavy at all.

Another reason for Hexvessel’s popularity in general is, simply put, the fact they’re a great band, consistently delivering not only high-quality albums but also not being afraid to make each one unique, exploring always new facets of their stylings. From “Dawnbearer” and its sombre occultism, “No Holier Temple” and its haunting forest mysticism, to “When We Are Death” which played joyful 60’s-esque psychedelic rock despite mostly dealing with mortality. Last year’s “All Tree” had yet again its own identity, eschewing the Doors-esque psychedelic mania for a more traditional folk-rock sound, giving us what is probably their most conventionally ‘beautiful’ album yet.

“Kindred” also immediately presents itself as  distinct from others. The opener “Billion Year Old Being” brings back fuzzy electric guitars from “When We Are Death”, but instead of cheerful psychedelia, it is being used for unsettling noisy riffs. Once you realize the lyrics are about Earth’s longevity beyond the lifespan of humankind (Statues planes and skyscrapers/
Are underneath the seas and rivers/…/Then all the temples to the elements/
Will be made from human skeletons), the darker intention becomes apparent. Likewise, the following song “Demian” is about Satan worship. That this is Hexvessel’s most ominous album is confirmed by “Fire of The Mind”, a cover of Coil who are certainly well know for being terribly unsettling. McNerney and co. turn the industrial song into a folk ballad, where the previously buried vocals are now in the forefront, revealing the disquieting lyrics (Angels are bestial/Man is the animal/The blacker the sun/The darker the dawn).

The first is half of the album is consistently eerie, akin to “No Holier Temple” and its haunting ambiance, but instead of forest mysticism it operates in the key of impending doom, as if death might be around the corner. However, the seventh track, short interlude “Family” is intended to sound comforting and is doubly so considering what we just went through. “Kindred Moon’s” eeriness is more in the vibe of “No Holier Temple” – that is, oddly making you feel safe and welcome. “Magical & Damned” is sure to be considered a standout song, a calm and beautiful track that might as well sit on “All Tree”. The final track, “Joy of Sacrifice” once again invites back into mystical ponderings, eschewing the comfort of preceding songs but certainly not going back to the horror that is the first half of the album.

Overall, I am glad to see that Hexvessel once again tries to push its sound into new territories. But I am not convinced it is as successful at it as previous albums. The asymmetry between the two halves of the album might be considered intentional and the second one certainly feels more vivid when experienced as a respite from the first half. But if I were cynical I could consider it as incoherence in the record’s flow, for which there is some merit as the cut feels sudden, without an attempt at seamlessly integrating the two sides. Another thing that amplifies this feeling is the impression that “Kindred” doesn’t make itself distinct enough from previous records, and as I mentioned a number of songs would feel right at home if released on some of them. The return of heavier guitars and their novel usage on early songs made me anticipate them as the building blocks to this new concept, but their presence peters out by the third song. Still, these criticisms are not fatal, and while I do feel like there’s some space for improvements, Hexvessel’s talents are not at all wasted here. In other words, it is no such thing as a skippable album in their discography, and delivering some new elements, it is certainly enjoyable.