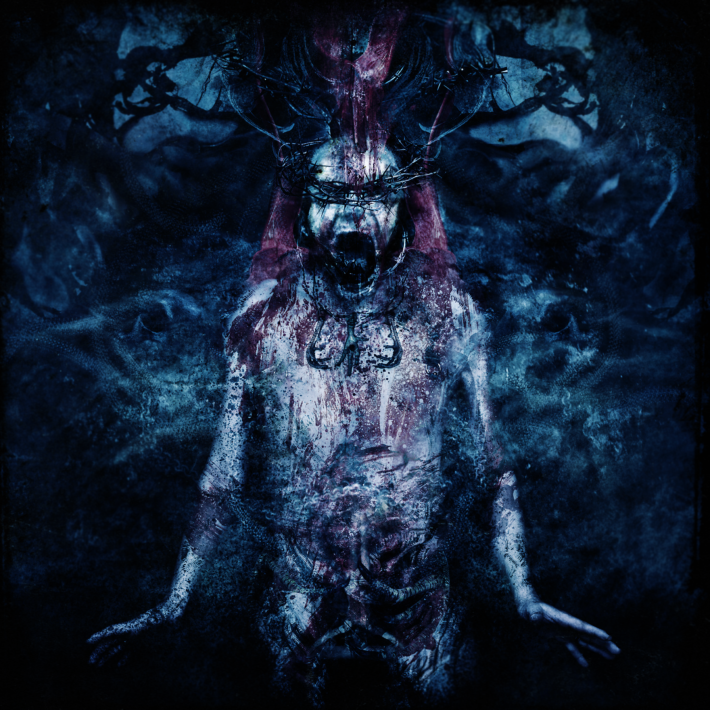 After a five-year break during which songwriter/guitarist/bassist/vocalist/keyboardist/general mastermind Branislav Panić relocated from Serbia to Montreal, Bane are set to release their third full-length album, Esoteric Formulae, the result of almost a half decade of artistic labor. It is proudly presented as a Blackened Death Metal record in a refreshing willingness to find artistic identity among a horde of self-aggrandizing artistes pompously declaring their oeuvres to be above labeling.

Ironically, Bane, like many artists unafraid of at least generally defining their sound, have actually eclipsed the genre of their own definition. While Esoteric Formulae fits comfortably into the Blackened Death family, there are significant elements of melodic death metal present, and it does stand out from the many records seeming to consist of interminable discordant phrases with a handful of shapely musical passages. This also gives the music a distinct clarity, and despite it harshness, its movement is clear and recognizable throughout.

Part of the success of the record is Branislav’s natural aptitude for the musical statement that is the guitar riff. He manages to use it to express a multitude of stylistic moods from hateful black metal downpours to contoured harmonic pulses. Even his blackest passages are more than just dark melodies, energetically performed in tremolo. He mixes in unified slashes of low-range chugging and changing note values that give each riff shape and character. Across the album, he expresses the familiar distress of death metal, dissonant and atonal, and the resolved drive of more organized, diatonic riffs. Bane is at their best when these two musical styles intermingle and blend, creating a unique sound that is all at once dark, ferocious, and gallant. Often, however, we hear these contrasting spirits segregated, with entire songs (“Wretched Feast” and “Into Oblivion”) leaning more towards musical chaos and others (“Bringer of Pandimensional Disorder” and “Reign In Chaos”) being harmonically stable. Divided, they are weaker.

The riffwork isn’t the only contributor to Formulae’s power. Honza Kapak’s drums are equally diverse, providing an ever-changing flow of blast beats and grooves, exploring every possible cut of time, even within a single composition. They’re performed fiercely. Branislav’s vocals match–they’re full and powerful, and stylishly layered. They are savage without being off-putting or ugly. The production does the performances some justice, but not the compositions. The drums are as dry as can be and though the mix is well-balanced, it rings with a canned coldness that detracts from any depth and fullness that the arrangement would have established. The only real sense of atmosphere on the record comes during a guitar lead on “Acosmic Forces of the Nightside,” which sports some reverb. Otherwise, there’s no compelling spacial or tonal experience. The album opens with a short orchestral introduction and closes with a similar outro. They’re well composed, but inessential to the record. Orchestral intros are becoming overabundant and clichéd in metal and are long past being alluring and original. Esoteric Formulae gains little from their inclusion besides a sense of tedium–but if Bane have to earn back interest in the album after said intro, they are able to do it with the next few tracks, which are excellent.

Ultimately, Esoteric Formulae is a success of a small label release. It lacks the hugeness and gravitas to be the next monumental blackened death album, but it does come full to bursting with a mix of brutal and melodic musical content. It’s an example of the kind of record metal needs in order to get by between legendary releases: enjoyable, with demonic riffs, relentless drums, and powerful death vocals of high quality, and something fans of the genre will genuinely like.

Tracklist:
1. Invocation of the Nameless One
2. The Calling of the Eleven Angles
3. Beneath the Black Earth
4. Bringer of Pandimensional Disorder
5. Wretched Feast
6. Into Oblivion
7. Burning the Remains
8. Reign in Chaos
9. Acosmic Forces of the Nightside
10. Wrathful Reflections