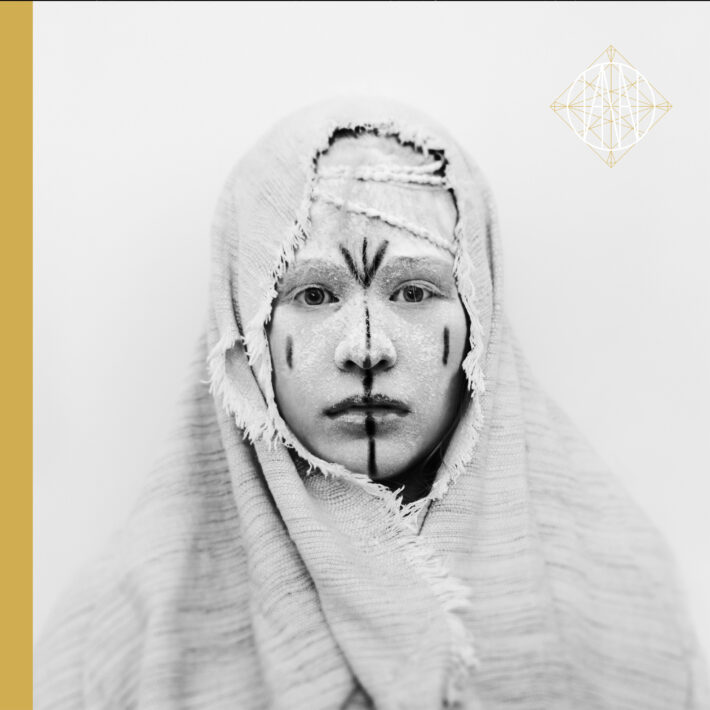 Sunir is, as far as I can tell, the first release by…folk? Post-metal? Classical? World music? Well, by music artist Ianai. One person guides the creative forces of Ianai. They don’t give us much information about themselves. Instead they leave us with the words “you will not speak to Trevenial, but hear the words put forth in Ianai. Ianai is the essence of music that will permeate culture and influence without thought of boundaries or convention. Ianai is mythos in the making.” Bold first impression.

Musically, Sunir rests somewhere between folk and choral music. The song compositions heavily rely on dissonance and resolution within vocal harmonies while the instrumentation provides a backing, mystical atmosphere. While I wouldn’t call this progressive music, the occasionally lengthy tracks make use of their long runtime to establish a sound and then slowly stretch it out until something new bursts forth from it.

Sunir passes the Brian Eno test. You can look at it closely and analyze the details, or you can let it hang in the background and enjoy the general ambience. Both approaches will lead the listener to a similar sense of enjoyment. The specific mechanisms of how Sunir works, or the thought process behind the creation of the record (“Ianai’s music is a reflection of both the worldly and the otherworldly. Channeled through the vessel of the spirit Trevenial, the music voices in tongues long forgotten, singing the songs of the sons of God and the daughters of men.”), can be as important or unimportant as the listener decides. The music works either way.

Ianai’s decision to use vocal harmonies as the main driving force was a good one. The vocals here bring earnest passion to every song, and there are a whole slate of beautiful tones splattered throughout Sunir. The listener can feel a sense of relief and happiness whenever a tension in the vocal lines resolves, partially due to the excellent performances on display. I would love an a capella release from this person.

That isn’t to say that the instrumentation is lacking. There is a good variety of instruments on display in Sunir, and while I didn’t go through trying to pick out individual sounds, the less conventional choices were appreciated. Ianai’s wide breadth of noises provided some good moments.

Or at least they would have if the production wasn’t an issue. A thick glaze lays over Sunir, preventing any of the above, be it the vocal resolutions, the variety, the atmosphere, from having the meaning that it could have. The dynamics on this thing are a little more flat than they could be, a larger dynamic range could have resulted in some amazing moments. And while I’d love to blame the somewhat faded-in-the-sun sense of Sunir on just the production, some unfortunate songwriting choices contribute to this as well. While I enjoyed Ianai’s use of dissonance, and while the band proved more than competent at resolving tension, some of their passages where they were building up to big moments or establishing atmosphere were just boring rather than meaningful musical progression.

Additionally, Sunir takes over seven years to listen to. Ok, maybe it’s actually just over seventy-one minutes, but it sure feels like seven years. By the time I’m done listening to Sunir, I’m merely thankful. The length exacerbates the production and songwriting issues, as each issue only gets worse the longer you listen to it.

Despite these issues, Sunir was pleasant to listen to. The strength such as the immersive vocals make the album worthwhile, even just in pieces. I recommend Ianai to fans of Myrkur and other metal or metal-adjacent artists that make good use of talented vocals.