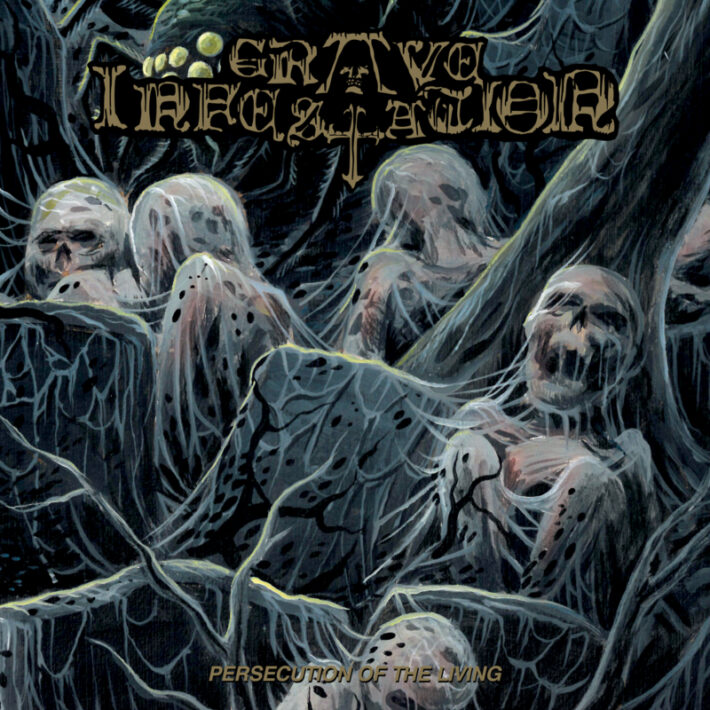 “Jared! Where have you been? It’s been like two weeks since your last review!” I hear you shouting at your computer screen, desperate for another hit of my haphazard writing. Well, lately I’ve been trying to balance the start of summer classes with my crippling Gwent addiction – and the Gwent seems to be winning. In fact, I have it open in the background while I type this. You don’t get top 800 on Pro Rank without making some sacrifices. Between that and trying to finish my degree(s) I’ve been a little busy, but also there just wasn’t much that inspired me in the promo pile as of late. I almost forgot I had even grabbed Grave Infestation, so here I am.

Vancouver’s Grave Infestation are a newly-formed band whose early demos quickly caught the eyes of Invictus, who are releasing their first full-length. Stylistically they seem to take after both Entombed and Incantation, like a grotesque love-child hybrid of the two. But unlike those monolithic bands, Grave Infestation have yet to find their own identity.

The record starts out on a brief intro track, before leading straight into the action. From there, it’s riff after riff, but problems start to arise soon after. Grave Infestation have a messy sound, which some death metal fans may like, but for me it just makes my job harder. There’s also lots of repetition, or at least it feels like it, because a lot of the riffs sound remarkably similar, to the point where it’s difficult to differentiate different songs. The buried vocals don’t help this either – as you listen it feels like you’re searching for a hook that never arrives. On multiple occasions I could’ve sworn I was hearing the riff from Entombed’s “Revel in Flesh”, to the point where I had déjà vu. Is that a good thing? I’m not sure at this point.

That isn’t to say the riffs here are bad. If the goal was to imitate, they’ve done pretty damn well. The promotional single “Slaughter, then Laughter” is pretty sweet, and there’s some fun stuff splattered about, but it just doesn’t offer enough to really stand out. They barely offer enough to differentiate one song from another. Maybe that’s something some people will like, but for me it made the whole album blend together in an unremarkable mass. Is that a problem? If you’re looking for creativity, maybe. There’s not really much else going on here, which is kind of disappointing because the single was promising, but it turns out to be pretty average death metal.