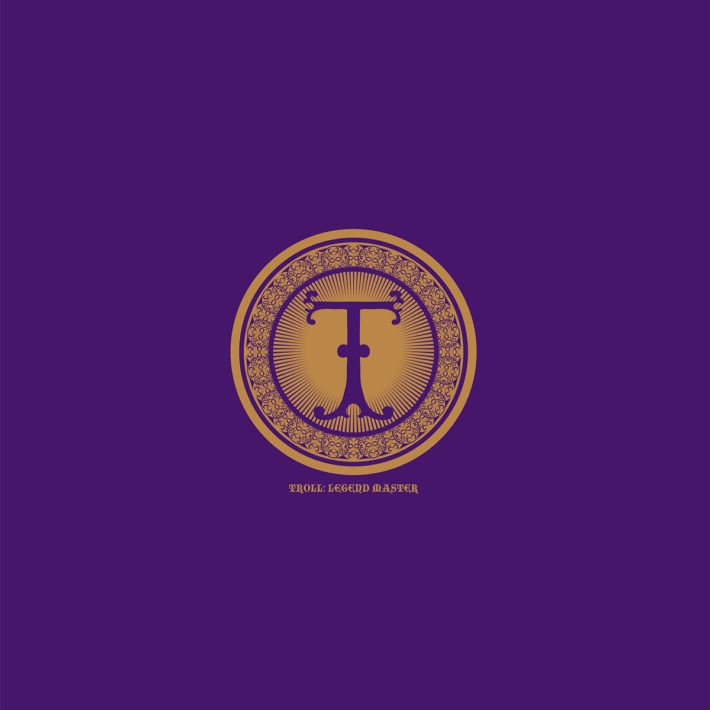 How do stoner/doom metal bands usually write such long songs? By repeating the same riff over and over again. Of course, it’s usually really relaxed, catchy and easy to listen to, but at times it can be a bit boring (no hard feelings though, I’m a big fan of the genre). The Portland-based band Troll, however, doesn’t have this problem: their music is really catchy and easy to listen to, but as opposed to the average stoner doom band, they don’t repeat the same riff for over 10 minutes. Instead, they structurize their music, building up tension and releasing it later, and they change the tempo/rhythm/melodies often enough to make sure it stays interesting for the whole duration of the songs and the album.

The band is releasing their second full-length album this Friday, April 12th, and it’s called Legend Master. Upon listening to it for the first time, it immediately stood out how groovy the music is. The riffs stayed the same for long enough to drift off, but when the music threatened to get boring, the rhythm, melody or tempo changed, transforming the scenery that the music created bit by bit, making for an awesome aural journey. The album, lasting over fifty minutes, flies by, and when it’s finished, you will want to put it on again, for every time you listen to it, you discover new aspects to the music.

With The Flight of the Dragonship, the album opens with a really groovy guitar riff that starts off on its own and quickly gets accompanied by the drums, bass and a second guitar. After an intro of about a minute, the rhythm changes and the vocals join in. These are deep, carrying and put a lot of emphasis on the narrative aspect of the music. The majority of the time the vocals are clean, but there are some exclamations with more grunt-like vocals that add an extra level of expressiveness. A major contributor to the groove of the music, apart from the guitar riffs, are the drums. They are groovy and sound relaxed, but not the least bit sloppy. Apart from the rhythm/tempo changes that occur quite often on the record, the drums are even diverse when the tempo changes the same. The drum beat is loaded with drum fills and alternations between cymbals, hi-hats or snares. And it’s not just relaxed, groovy drum beats. Near the end of The Door, the record’s fourth song, there’s a section where the drums are a lot faster than on the rest of the record and they tend more to the faster rock and metal genres than to stoner doom. Something else about the guitars that’s worth mentioning is that they don’t just play chords and supporting riffs, but there’s also some really good guitar solos on the record.

In short, Legend Master is a good, catchy and groovy stoner doom metal record. It’s full of variety: in riffs, rhythm, tempo, melodies and vocals. The music allows you to drift off into a fantasy world that changes slowly but surely as the music progresses, making the good fifty minutes fly by like it’s nothing, and inviting the listener to put on the record over and over again. Highly recommended for anyone who likes to put on music to relax with, but who is still looking for music with some musical substance.