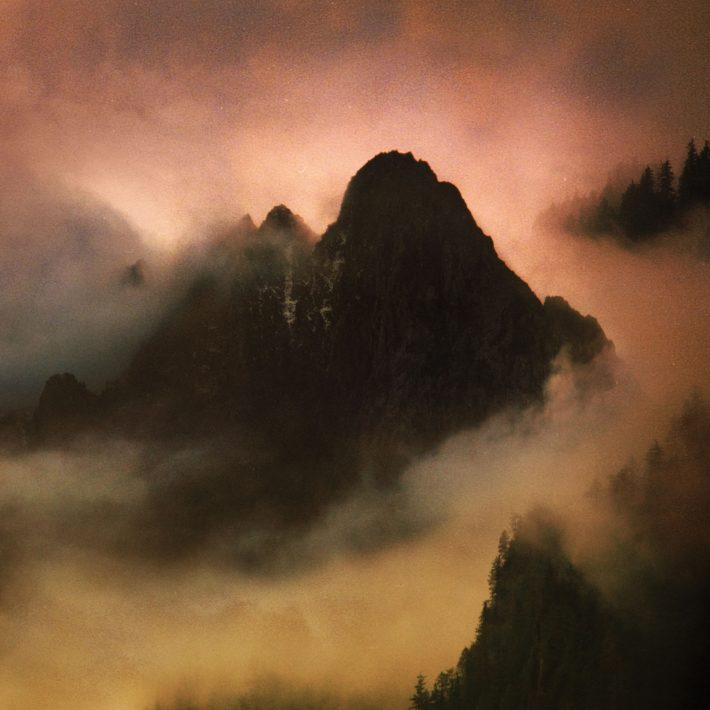 When I first saw the band name Dead to a Dying World, I imagined some kind of metalcore band. The Metal Archives, however, labeled it as blackened sludge/doom and crust, which altered my expectations. Even so, when I first put on their new record, I was very surprised. Instead of the loud, raw and intense music I expected, the album opened with an emotional, melancholically beautiful song. With a guitar, ambiental sounds in the background and a beautiful deep voice that reminded me of Wrekmeister Harmonies’ singer, the band immediately struck a chord with me.

After two full-lengths and a live album, the seven-piece band from Texas releases Elegy, their third studio album, this Friday, April 19th. One of the first things that stood out was the diversity of the music, going from emotional atmospheric parts to rawer sections (on which the Metal Archives apparently focussed while labeling the band). This variety is especially noticeable in the vocals: the band constantly alternates between deep, clean vocals, low grunting, higher-pitched female grunting and opera-like female vocals. Another aspect of the music that really stood out was the presence of a viola, and particularly the prominent role it plays on the record. It’s kind of the connecting thread between the calmer sections of the music and the louder passages. The two styles of music create quite a big contrast, but the band makes sure the switches aren’t too sudden. Instead, they build up the intensity of the music really well, making for an interesting and enjoyable listening experience.

Like I mentioned earlier, the record starts off with the melancholic atmospheric song Syzygy. The second song The Seer’s Embrace, however, contrasts quite a bit with the first one. It suddenly starts with a much rawer, dissonant riff. The vocals also change pretty radically: the beautifully deep voice is now replaced by some pretty impressive grunting. Even so, the music gets calmer pretty quickly, after which more and more instruments join in, slowly building up the tension and intensity of the music. The viola plays a large role in building up the music, making it more and more epic, but not in the cheesy, bombastic way you often find in power metal (sorry, not trying to offend the genre, I really like power metal). Vernal Equinox, the album’s third track has yet another sound. It’s a waltz-like song with a female voice that’s almost identical to Nightwish’ Tarja. It’s sort of the female equivalent to the first song on the record, but in my opinion it functions better as an intro to the album than the third track.

Empty Hands, Hollow Hymns, the first single the band released, is a more diverse song. It starts off peacefully with a guitar and some percussion, but quickly gets spiced up with more black metal-esque riffs. It’s got guitar-viola duets and Mike Yeager and Heidi Moore, the band’s two singers sing in an awesome call-and-response structure where the deeper and more high-pitched grunts seem like a dialogue, creating a lot of dynamic. After the fifth song, Hewn from Falling Water, which functions more as an interlude, the record ends with Of Moss and Stone, one of the more intense songs on the record, making for an awesome finale that properly ends the album.

In short, Elegy is a tremendous album, full of contrast between emotional atmospheric passages and louder, rawer sections. The viola is a great addition to the music and also the variety in vocal styles make for a diverse listening experience. You can put the record on repeat and keep discovering new melodies, harmonies and other sounds: it’s one hell of an album that needs some well-deserved attention!

Click here to visit Dead to a Dying World’s Bandcamp