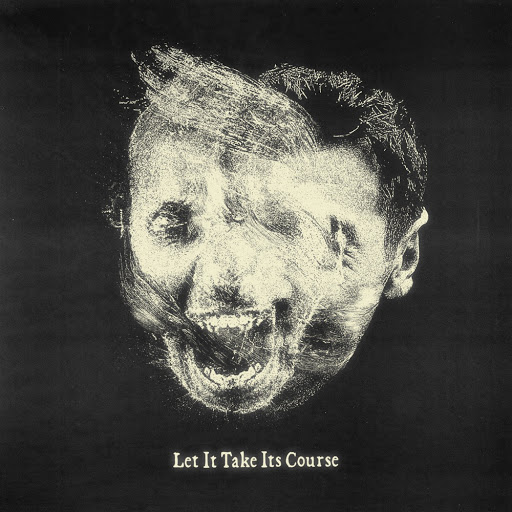 Do you ever feel like listening to an album that you can bang your head to, but doesn’t exhaust you intellectually? If that’s the case, you’re in for a good one with Orthodox’ upcoming album, titled Let It Take Its Course. The band from Nashville, Tennessee releases their second studio album this Friday, February 7th, after releasing their first one, Sounds Of Loss back in 2017. It’s a really groovy album that, as far as the sound goes, kind of reminds of Slipknot, Hatebreed, and other similar bands, giving it kind of a nostalgic feeling.

The album starts with Remorse, a one-minute intro with dissonant guitars slowly building up, over which the vocalist ominously mutters the album title. It’s a cool track that builds up the tension to the first full track, Obsinity. This one really showcases the overall sound of the band, with its groovy drum beat and guitar riffs and its diverse vocals. It starts with some whispers, then continues with angsty singing, and later raw growls, the vocals have the same feel as in the early Slipknot days. Its lyrical themes, however, as becomes apparent again and again throughout the record, are quite shallow. According to the band’s label, Orthodox sings about “tapping into the mindset of how far one would go when backed into a corner and welcoming hurt to protect their loved ones,” but this doesn’t really come across. Each song has a few cliché phrases that get repeated throughout the song, so if you’re looking for depth in lyrical themes, you’re not gonna be pleased with this record.

After a few more songs that try to mix hardcore, nu-metal and punk influences into something new, but don’t really stand out from one another, it’s time for Cut, the sixth song on the record. This song does stand out from the rest, not because it’s really good, but because of the sudden emotional passages with clean singing and guitar melodies that don’t really fit in with the rest of the music. It does give more of a nostalgic ’emo’-feel to the music, but like the rest of the record, the lyrics don’t really have much depth: it’s just more of what many other bands sang about two decades ago. After two more songs that don’t offer anything noteworthy, it’s time for the album’s title track. They made the right decision naming the album after this track, because it’s definitely the most interesting song on the record. Not only is there diversity in the vocals, but also in guitar riffs and in the way that the drums support these riffs. The groovy riffs and drumming that you hear throughout most of the record get alternated by dissonant melodies and interesting rhythms that really create tension with one another. Furthermore, the different vocal styles fit the rest of the instruments really well, making it an interesting track to listen to. After this song, however, the quality of the music goes back to its general level somewhere in the middle between catchy and monotonous.

As the icing on top of the already mediocre cake that is this record, the album ends with an emotional piano song. The band knows their way around guitars, drums, and vocals, but it’s obvious that they aren’t pianists. And that wouldn’t even be a problem if it weren’t for the fact that it’s a really energetic hardcore album that ends with an emotional piano song that kills the whole vibe and doesn’t get more interesting than its meager intro.

In short, Let It Take Its Course isn’t a bad album, but it isn’t good either. It’s fun to listen to once, and I’m certain that they kill it live, for this is the type of music that would work really well in concert. As far as its musical innovation and relevance, however, this album was released about twenty years too late. It does have a kind of nostalgic feeling to it, but it’s not any different from every other nu-metal or hardcore band from the early 2000’s, they’re really a dime a dozen. None of the songs really stand out, except for the piano song that they might have had to reconsider putting on the album at all.