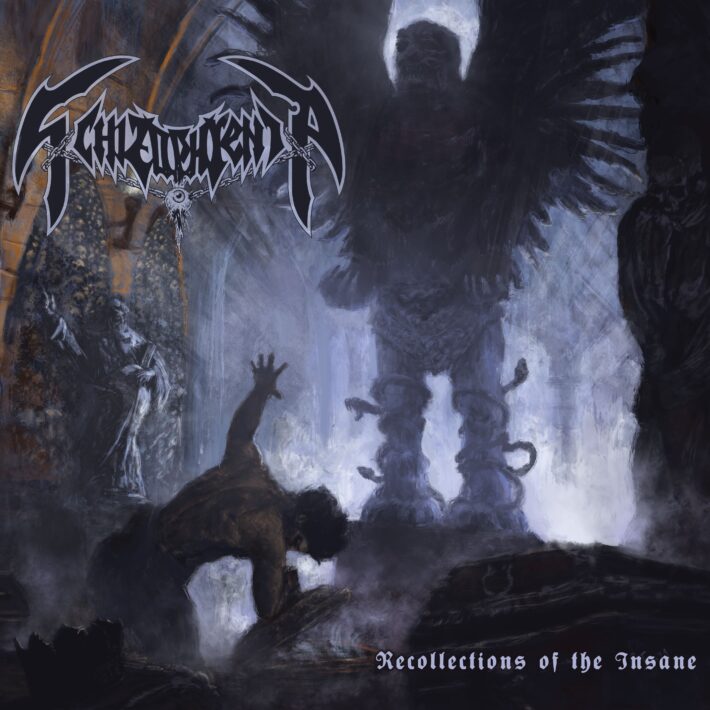 Full disclosure, I’ve grown somewhat tired of thrash metal in the last few years. Of course, thrash metal was a critical stepping stone in my metal journey. But once I immersed myself in death metal, thrash slowly fell by the wayside. A lot of modern thrash can feel painfully bland, so up-and-coming bands often have to do something extraordinary to catch my attention. With that in mind, I was instantly enthralled when I heard the first Schizophrenia single. The band opts to hand-pick their influences from the chaotic Floridian death metal scene, all without sacrificing their thrasher mentality.

These Belgian boys are still the new kids on the block, but listening to their album you wouldn’t think so. This entire record is filled with sharp riffs, rumbling drums, and killer vocal performances. Between the head-bashing riffs of “Cranial Disintegration”, the cataclysmic drums on “Monolith”, and the intense half-time sections on “Onwards to Fire”, Schizophrenia holds nothing back. Thrashy riffs are often interrupted by sprints to prevent the songs from falling into a typical gallop. Sections of irregular rhythms and quick stops-and-starts demonstrate their technical mastery without sounding self-indulgent. Every track then culminates in an intense and swirling climax of riffs that feels gloriously claustrophobic. Melodic solos soar over the cacophony, written with a voice such that they aren’t simply incoherent shredding, yet they never let up on the intensity.

The band’s performance is impressively tight, as they hold together through tempo changes and quick transitions with the dexterity of professionals. Layered vocals add an evil tone, and Ricky Mandozzi’s manic yet understandable delivery adds a viscerally unhinged feeling to every line. The occasional minor chord combined with a devilish vocal performance gives Schizophrenia a bit of a blackened quality, like a thrashier Necrophobic. On top of that, the masterful drum work by Lorenzo Vissol (also of blackened speed band Bütcher) amplifies every moment. He simultaneously nails the intensity of death metal and the energetic groove of thrash metal, while also bringing in his own exotic influences. Lorenzo’s drumming is precise and intentional, aggressive and full, all without sounding overly technical.

The promotional material boasts that, “With a relentless cocktail of high-adrenaline death metal and groovy mid-tempo elements, the band took the heavy scene by storm and soon became known for their distinctively heavy yet dynamic sound, bursting with detail and intensity.” To my ears, Schizophrenia’s music brings to mind the early days of death metal. Recollections of the Insane sounds like a recollection of Altars-era Morbid Angel and early Malevolent Creation, while also giving a fresh take on the established death-thrash formula.

This album is a delectable brand of Satan-summoning, cranium-crushing, thrashing death metal that continues to impress even on repeated listens. Recollections of the Insane takes everything I love about death metal and incorporates everything that’s good about thrash metal, without any of the tiresome mediocrity of modern thrash. This is the kind of record that can see a band explode. We saw old-school thrash make waves in the underground with Power Trip in 2017 (rest easy Riley). While Schizophrenia plays a distinctly different style, I want and hope the same fortune for them. They’re already signed to Redefining Darkness off the strength of their debut EP, so their upward ascent has already begun. Schizophrenia is touring Europe in the coming months, so if you’re across the pond definitely keep an eye out. Give this a listen and consider supporting the boys, because Recollections of the Insane is a great record.