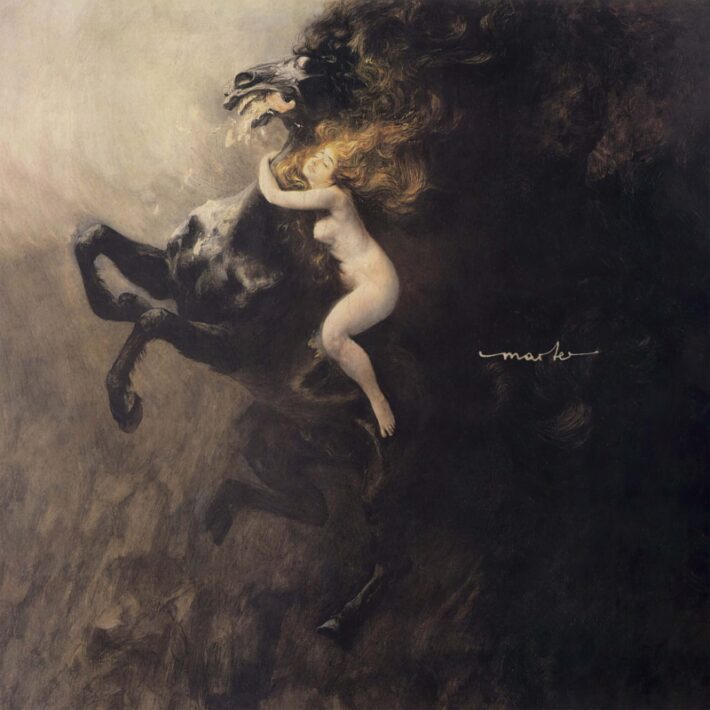 Firtan is a melodic black metal band from the very south of Germany. They were founded in 2010 and they’ve been releasing music since 2013. Their previous album, Okeanos, was critically acclaimed and on Friday, October 14th, about four years later, the band put out their third full-length, titled Marter. Thematically, it deals with the isolation of the modern individual who finds themself torn between spiritual hope and existential failure, and musically, this translates to a wide variety of instrumentations, compositions and atmospheres.

The album immediately starts off with high-intensity black metal. Fast drums, tremolo picking in the guitar riffs, and energetic grunts make up the sound that the band has developed over the years. There’s a lot of different melodies, either alternating with, or accompanying one another. The listener can put on the record time after time and keep discovering new melodies that don’t stand out the first few times. This way, the music doesn’t rely on the vocals to stay interesting (as is the case with many other bands). Even so, the vocals do add a lot to the music. They’re as expressive as they are diverse: sometimes they’re deeper, guttural grunts, other times they’re more like shouting, and even other times they’re more like a higher-pitched, screeching sound. On tracks like “Amor Fati” and “Peraht” there’s even chanting, giving the music a bombastic feeling.

Although the album started explosively, there’s also a lot of calmer passages throughout the record. These occur in various forms, like interludes in which some of the tracks’ motifs are continued in a more stripped down instrumentation; in the form of acoustic or clean song intros; or in the form of more atmospheric synth-based passages. Not only do these passages help create the sonic scenery of Marter, but they also create more dynamics in the songs. It’s in this way that Firtan’s skill in songwriting really becomes apparent. Between the intense parts, full of heavy riffs, drums and vocals, they know exactly when to insert a more tranquil passage, giving the listener some time to relax as well as making sure the intense passages have more impact. The tracks are rather long (“Lethe” is the shortest with 5:44 minutes), and thanks to their good songwriting, they can often change the instrumentation, musical themes and drum patterns while making sure the songs stay coherent. An element that contributes to this are the symphonics, mainly produced by synthesizers. They don’t just take the stage in the calm interludes, but also during the more intense black metal passages. This way, they create more depth and consistency throughout the songs, and they also enrich the sound of the record as a whole.

In conclusion, Marter is an impressive record on which the songwriting and the variety in guitar riffs, drum patterns and atmosphere stand out. The band makes good use of the lengthy tracks, implementing many different instrumentations and compositions, while still keeping the music coherent. The vocals are very diverse as well, which allows the vocalist to express a lot of different emotions, ranging from spiritual hope to existential failure. For those who are into black metal where melody and composition are at least equally important as atmosphere and impact, Marter is highly recommended.