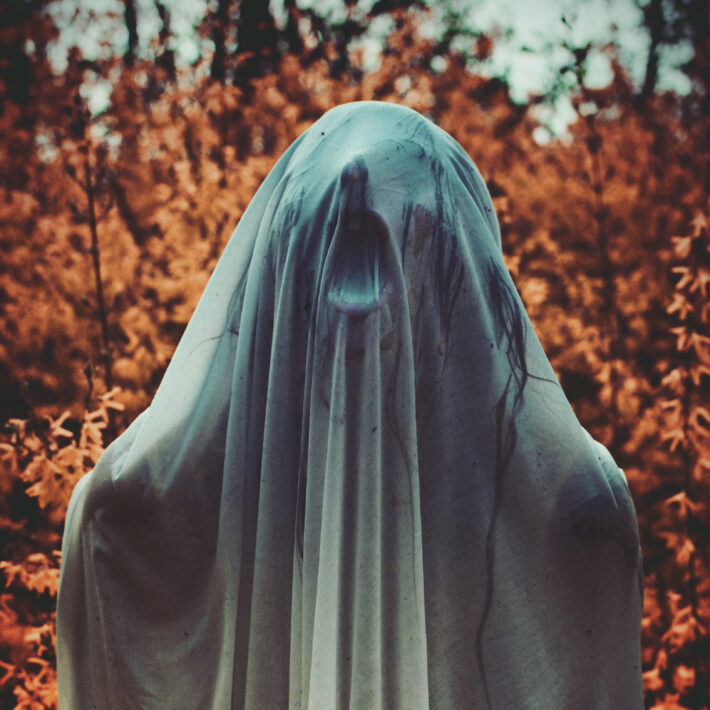 The Dutch black metal scene has a lot of well-established bands that have been around for a few decades, but there are also new bands that keep the scene fresh. And although Noctambulist have been performing live for a few years already, it’s not until this Friday that their music can be enjoyed at home on CD. In the years that preceded their debut album, called I: Elegieën, they’ve taken the opportunity to work out their sound, and they’ve done so successfully, for it’s diverse and refreshing.

After an ominous intro, the record starts with Klatergoud, the first full song. It immediately becomes apparent that Noctambulist are no strangers to black metal. The bleak guitar sound, fast drums and shrieking vocals show their roots in 90s black metal, but the melodic aspects show that they also have been influenced by more recent bands. Over time, the rhythm gradually tones down, without the track losing intensity. With three guitarists, there’s a lot of harmonies and countermelodies in the guitars, which makes for an interesting diversity in the melodic part of the music. However, the guitars aren’t merely focussed on melody, for rhythm also plays an important role in the guitar section. About halfway through Klatergoud, after a brief interlude, the guitar riffs become a lot more focussed on rhythm, which the drums reinforce very well. The final section of the song is a lot calmer. It shows that Noctambulist are no strangers to atmospheric black metal either, and gives the listener some time to catch their breath in between the heavier parts.

The next song, De leegte wenkt, has a waltz-like rhythm, making for a compelling intro. What stands out (for Dutch listeners, anyway) is the poetic nature of the band’s lyrics. For those who don’t speak Dutch, it’s definitely worth looking up an English translation of the lyrics, because that’s one of the strong points of the record. The vocals at the beginning of the track are more of a whisper, instead of harsh grunts, matching the intensity of the other instruments. Despite the song’s rather depressing theme (it’s titled Emptiness calls), the music also expresses a shimmer of hope. These types of contrasting feelings, among other things, are what makes the band interesting.

After Vagevuur, another impressive track, follows Vreugd (Dutch for Happiness). As the name suggests, this song stands out on the record as being the most euphoric. The chord progression at the beginning already expresses more rejoice than the other songs, and this will only increase over the course of the track. At about three/four minutes, after what could already have been a full song, there’s a quiet interlude. Synthesizers create an ambience that’s followed by a clean guitar playing the song’s main theme. Bit by bit, the other instruments add harmonies and ornamentations, gradually building up the tension. Then, when the full instrumentation finally comes back, the euphoria that the song expresses reaches its peak. With stirring guitar melodies and fast drumming, you really get caught up in the music, and before you know it, you’re already at the final track.

This track, called Kraaienmars, started off as an acoustic idea by one of the band’s guitarists, and was elaborated into a great finale. You can hear its acoustic roots in the quiet, minimalist intro. Especially because of this, the music has even more impact when it explodes into full potential. There’s also influences from shoegaze on this track, yet another sound that the band succeeded to implement into their music. Although the song lasts more than thirteen minutes, not a minute should have been left out, for throughout the whole track, new things are to be heard and new atmospheres are created. After twelve compelling minutes, the song ends in a beautiful duet between piano and strings, creating the perfect, tranquil outro to the record.

In conclusion, Noctambulist have created an intriguing record. There’s a lot of diversity in energy, atmosphere, and sound, all tied together in such a way that the record really functions as a whole. The emotions that are expressed, both in the lyrics as well as in the music, come across very well, adding an extra dimension to the listening experience. If you’re into black metal and like refreshing music, with modern influences, you should definitely check out this record.