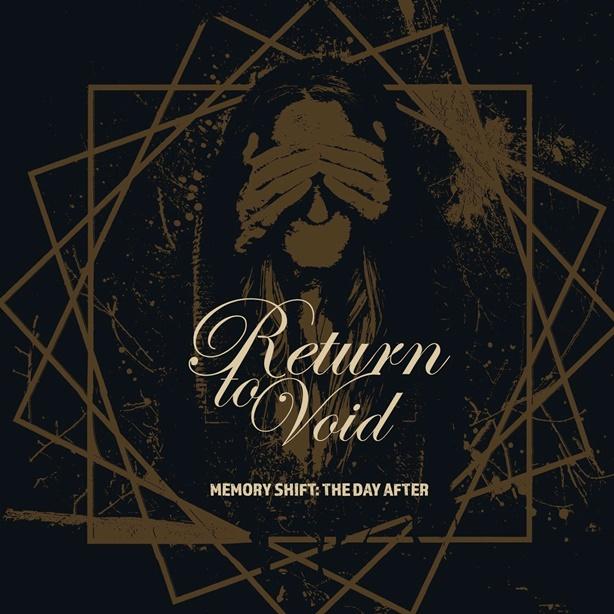 The Finnish rockers Return To Void started as a tribute to the music of Bruce Dickinson, and the influence shows. The revivalist nature of music means that we get to hear new artists craft their sound around past greats, and in that blending of classic and contemporary there is occasionally something new to be found. Memory Shift: The Day After doesn’t do much in the way of trailblazing; in this, their second release, we hear Return To Void’s affection for 80’s Heavy Metal, now contextualized and produced in an era where metal has learned to hit a little bit harder. It’s a warm, familiar flavor, rather than a refreshing new taste, but the band, proudly identifying themselves as “traditional metal,” own it, and the record is a (mostly) enjoyable celebration of what made that era so fantastic.

The album instantly evokes shades of Queensrÿche and Iron Maiden, and it starts with the vocals. Singer Markku Pihlaja shrieks with theatrical gusto, and he does a fine job. His longer notes resonate well and his vibrato is dramatic and vast. His style sounds much more natural higher in the register—as he explores the lower parts of his range the coarseness in his voice becomes more forced and derivative; he has fine control, and a cleaner presence would suit those lower lines nicely. Nevertheless, the vocal melodies are decently written, never sounding too rhythmic or unnatural, and the cadences are often stellar, especially when they flirt with bluesiness, as can be heard in “Secret Societies” and “Scars Are Real.”

The instrumentation is unoriginal but deliberate. The drums, performed by Kalle Kukkonen, do very little in the way of creativity, but they control the momentum of each song decisively, cutting and doubling time as one section moves to another, and they are tight. The bass is a highlight of the record. Pasi Hakuli’s tone is thick but pure, and several times throughout the album, including the chorus of “Secret Societies” and the intro to “Divine Thunder,” he erupts into delightful riffs that stand out from low-range, trudging tonic doubling. There’s even a bass solo in “The Atlantis” that’s as exciting as anything else on the track.

Saku Hakuli’s guitar work is hard to describe as anything other than “adequate.” There are no ugly riffs, but there are several bland ones. His solos are hit-and-miss. He’s a fine player and his runs are clean, fast, and impressive, but only half the time does the phrasing amount to anything particularly interesting, and his vibrato is narrow and frantic. He plays with great skill but not much style. There are some gems on the album, however. A melodic section halfway through “Midlands” evolves smoothly into a guitar solo that flows well and makes great use of melodic mixture. “The Atlantis” has a nice lead section and a very groovy riff over the verses. The main riff from “Man of the Sword” has some tasteful high-string notes mixed in over fierce, low-end chugging; it’s a great metal riff. There’s also a smart use of arrangement—when the guitars go into a higher range for leads and melodies, there’s rarely another guitar track added to support the bass in the low end. This gives the songs a unique clarity. It’s a creative decision that might even allow forgiveness for the clean guitar tone in “Terra.”

Memory Shift isn’t going to win any awards for production, but it sounds alright. The open hi-hat is coarse, the vocals are dry and a little low in the mix, and the guitars can get muddy, but overall the sound is reasonably tight and punchy, and each instrument can be heard clearly. The songwriting is usually straightforward but there’s enough variation that each song has its own identity. Occasionally, longer, melodic sections will break up the compositional patterns. Sadly, the transition in and out of these sections can be awkward. The keyboards are there all the while, giving harmonic structure to parts wherein riffs dominate, and twinkling along as the melodies are shaped and defined.

The lyrics are expectedly campy. Tales of lost civilizations and ancient warriors, monsters from the void and heroic transcendence abound, and it’s not quite clear what “Memory Shift: The Day After” has to do with any of it, but the imagery suits the music and it’s not too far off from what one has grown to expect if they listened to the bands that inspired this one. At least the phrases themselves are well-constructed and make sense, which is more than can be said for some lyrics written in a second language (looking at you, Children of Bodom).

With this album, it helps to know what to expect, and it helps to not take it too seriously. It’s a record that draws heavily from classic influences and channels a very traditional style. It’s not a deep, thought-provoking observation. It’s not a scene-changing release or a milestone of the genre. But it is a good record, and it’s fun to listen to. And if you love the music that inspires Return To Void as much as they do, you’ll find a lot to appreciate in Memory Shift: The Day After.

Tracklist:
1. Secret Societies
2. Man of the Sword
3. Midlands
4. Scars Are Real
5. Ionosphere of the Dark
6. The Atlantis
7. Passenger
8. Between Horizons
9. Divine Thunder
10. Terra