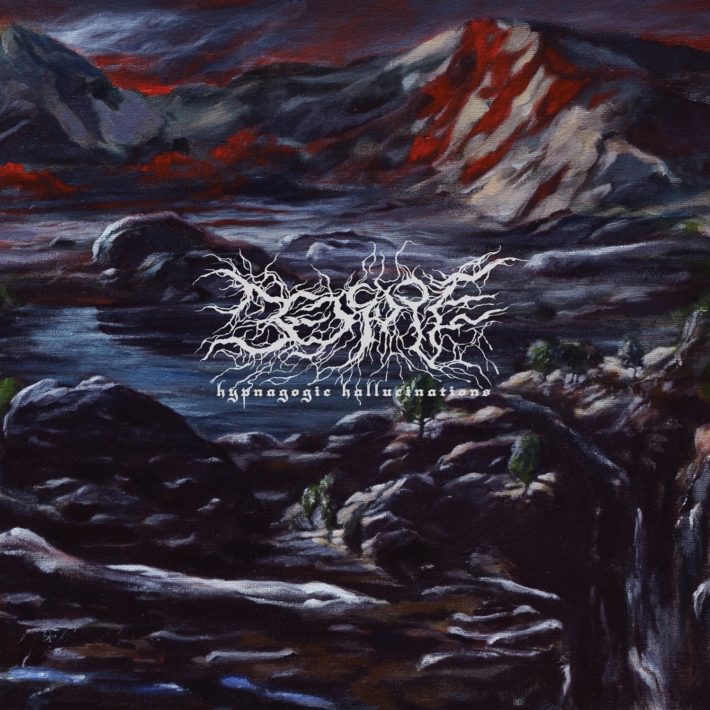 It’s easy to fall into stereotypes of what metal subgenres sound like. If a band’s major influence is 2nd wave black metal, they’re going to sound a certain way. If the band grew up listening primarily to Candlemass, you have a pretty good idea of what type of song the band will play. If, like our subject band Bedsore, the band plays death metal and the words “old school” and “progressive” are even mentioned in the review, Chuck Schuldiner will haunt the band until they retire. However, stereotypes often obscure the truth.

Bedsore are an Italian old-school death metal band who subvert the tropes of the genre with proggy psychedelia and a slight corruption of doom influence. Hypnagogic Hallucinations is their debut full-length release. You already know their biggest influences: Cynic, Atheist, Death, and the like. The thing with those bands is that if you are going to walk down the same road as them, you have to be a significant distance away or you’ll just get lost in their shadow. Bedsore are banking on their psychedelic vibes to create that distance.

At the risk of spoiling the rest of the review, I’m not a huge fan of Hypnagogic Hallucinations. But there were a lot of impressive offerings here. All of the performances are confident and exact. Even in the most bland and boring sections of the album, Bedsore play with a precision that I do not typically expect from this young of a band. The vocals are also extremely pleasing, as the centered dual vocal rasps steal the show whenever they appear.

The proggy old-school death metal feel is surprisingly fresh here, with psychedelic and doom influences at least hinted at throughout. Usually, bands attempting this specific subgenre spend too long praying to their Atheist gods, or to newer, more cavernous deities. Bedsore have managed to carve out their own sound. The influences present are clear, but Bedsore are ambitious enough not to rest on the laurels of others. Hypnagogic Hallucinations is at its best when the band is taking risks, but when they are also focused on moving forward and not letting their style flatten out like a two month old can of soda.

Unfortunately, everything on Hypnagogic Hallucinations stretches on too long. It’s a songwriting choice, but one that doesn’t feel earned. The album as a whole is relatively short, but it’s peppered with needless instrumental moments that accomplish nothing. This might be an attempt to bring out the psychedelic prog aspect of Bedsore‘s music, but instead it makes significant portions of the runtime feel meandering and meaningless. With all the long, quiet phrases, it feels like they’re trying to be the OSDM version of Opeth, but don’t have the ability to pull it off yet.

All the pieces of the puzzle are there, but unfortunately the box is still in its shrink-wrap. The production is excellent, the writing varied and expansive at times, the playing precise. The biggest issue with Hypnagogic Hallucinations was a lack of songwriting restraint, but even that would be minor in another context. The real issue is that nothing compensates for the meandering blandness that Bedsore falls prey to. If the quiet, instrumental passages were more interesting, this would be a fantastic release. If there were just less of these interlude-like passages, I would at least be able to ignore them. As it is, about half the album is fantastic and the other half is annoying. The psychedelia is an ambitious inclusion, but it needs more refinement before the execution matches the concept.

For a debut album, Hypnagogic Hallucinations is not bad. A lot of growth is needed though. The prog part of the album didn’t really hit it for me, and the psychedelic sections, while intriguing, were a little too rough around the edges. This will be a release for OSDM fiends, for people who are much more into psychedelic music and interludes than I am, and for people who are looking for interesting and somewhat unique corners of the metal world. If your floor for death metal is Cynic, this might not be for you. Bedsore is still a new band, and there are growing pains on this release.