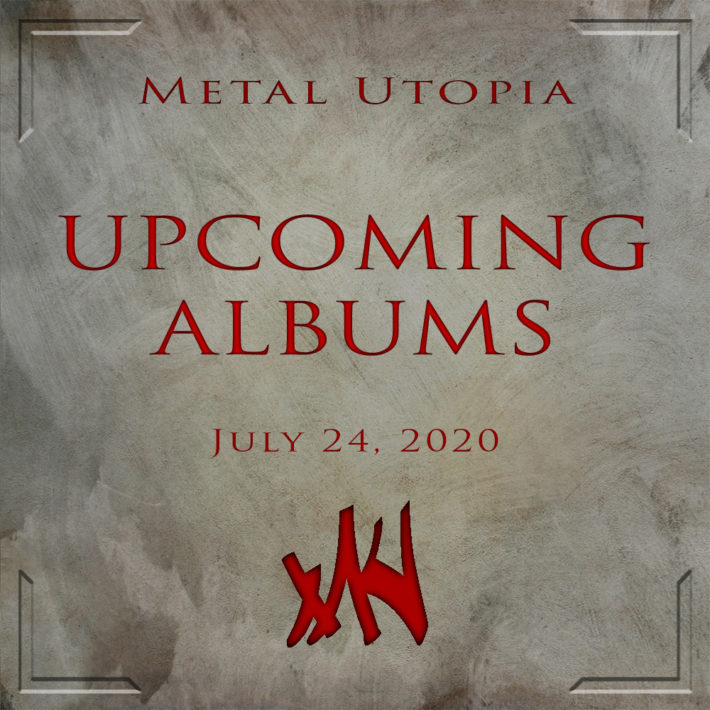 JP is looking forward to Haken’s Virus, and The Acacia Strain’s Slow Decay:

After several delays, Virus is finally being released this week! Virus is meant to be part two in succession to Vector, and the singles have already blown Vector out of the water, so I am incredibly eager to hear how the rest of the record sounds as Haken have never been known to disappoint.


After releasing 5 mini-EPs with two songs each (D,E,C,A,and Y), this full length is finally coming together with two more additional tracks to close it out. Despite never being big on this group until their very sludgy-doomy suprise release late last year, this new material definitely has piqued my interest and I am excited to hear how it sounds as a whole.


Leon is looking forward to Keys of Orthanc’s Unfinished Conquests, and Valkyrie’s Fear:

A tolkien-black-metal band? Yes, its another one. At least its pretty decent and not a Summoning ripoff. Usually not, because this time you get half of that experience – it’s a dungeon synth album!


Were you sad about Pete Adams leaving Baroness? Are you just sad at today’s state of Baroness in general? Fret not, because Pete and his brother Jake have this awesome stoner/heavy/prog band chock-full of awesome guitarwork, killer grooves and compelling melodies. This is their fourth album and they’re well worth your time.


Rutger is looking forward to Gaerea’s Limbo, and Verval’s Beeldenstorm:

Portugese black metal formation Gaerea have been in my music library since their debut full-length Unsettling Whispers. Their music has great buildups, is very intense, and has just enough DSBM-influences. About three years later, it’s time for their sophomore album, Limbo. I’m really excited to give it a spin.


The Dutch black metal scene is one thing from my country that I’m really proud of. Somehow, our rainy climate and flat land inspires a lot of great black metal bands to write music. Verval is one of them. Having released their debut full-length about two years ago, they follow it up with a three-song EP this Friday.

Grinding Hardcore upstarts Gulch are set to release their debut full length at the end of this week. I have seen this band live and they instantly made me a fan. No singles are being released in advance of the release but if this sounds anything like their previous releases, then we are in for something special.