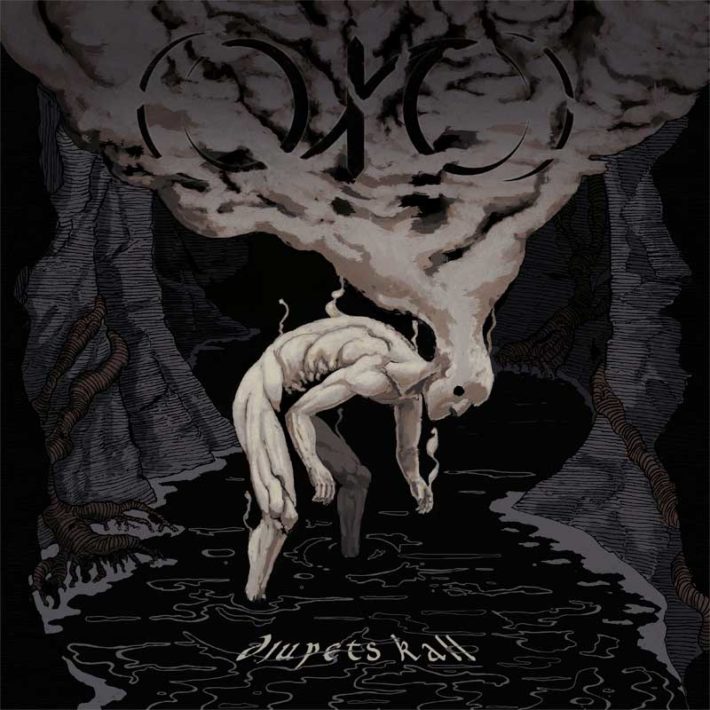 Post-metal (or atmospheric sludge or however you want to call it) is in a weird place nowadays. The style had its golden age starting in the second half of the previous decade, releasing dozens of high-quality albums every year, many which would eventually be rightfully enshrined as metal classics. The biggest and most influential names, such as Cult of Luna, Isis, Rosetta and even the grandfathers Neurosis, released some of their best material back then. It was also critically acclaimed as the next step in metal’s evolution, some even lauding it as metal’s maturation into a serious genre. Some even showcased silly and pretentious obsession with it’s “intellectual superiority” (think Isis frontman’s Aaron Turners statement that it is “thinking man’s metal” taken to the extreme) And of course, there ensued various accusations of hipster shenanigans. It was an interesting and musically very rewarding time.

But by mid-10’s, the enthusiasm for post-metal and its productivity had all but fizzled out. It wasn’t that less albums were being released. Hell, there was probably more of them than ever, but few were as good or at least as interesting than what preceded them. At the same time, the big players of the genre have either broken up (Isis), switched to a glacial releasing schedule (Cult of Luna, Neurosis) or opted for eclectic experimentation (Rosetta). The critical acclaim and public interest slowly waned. Post-metal went back deep underground, with fans such as me being left to feed on a drip of the few quality releases each year by established names or scrounge among the heap of obscure bands trying to find one that isn’t an uninspired attempt to relive the old days. Perhaps we were spoiled because the classics were some truly incredible musical achievements that shine to this day. Perhaps it was their innovativeness, uniqueness and intricacy that gave a really hard time to any aspiring copycats.

In this context, let’s discuss ORO’s debut, “Djupets Kall”. It might seem unfair to first throw all this historical burden on the band and then review it, but I claim there’s good reason for this. It’s not just ORO being labelled post-metal, but their very sound that calls upon the whole tradition. In this sense, I might even call “Djupets Kall” sort of old-school. If this album were released in say 2008, no one would be the wiser. It’s got all the components of a traditional post-metal record: rough vocals, huge sludgy riffs used both as a method to heaviness and towards crafting soundscapes, and finally intricately crafted atmospheric bits seamlessly woven with the heavy bits. And yes, the same might be said of any late post-metal album that tried to copy the old masters and ended up being boring and uninspired. But I assure you ORO is nothing like that.

There are many bands that are experts at perfectly replicating some previously established style, offering records that don’t have an ounce of originality, but are still enjoyable due to the quality of the execution. ORO can in a way be put into this category, but I believe they take it a step further. And it is a crucial step – they establish their own identity. Sure, it still isn’t fully developed, but it is certainly far beyond the point where the music is indistinguishable from other similar attempts. Post-metal has always been a highly expressive style. It was about evoking peculiar emotions, communicating a specific feeling and atmosphere with the entrancing power of heaviness. An attentive listener will notice that ORO has something to say here that isn’t just “yeah we play atmospheric sludge real good”. I can’t really put the narrative in the words, seeing as all the lyrics are in Swedish, a language I am not at all familiar with. But I think this only shows the success of “Djupets Kall” – it can produce its effect on music alone. ORO’s songwriting prowess provides this – they’re apt at mobilizing many different techniques and present them coherently, for instance seamlessly combining the heavy and atmospheric parts, without just doing loud-calm-loud using dime-a-dozen sludge riffs and cheap post-rock bits. The core feeling shines through without being burdened by amateur songwriting that has a hard time expressing itself.

The atmosphere is noticeably darker that what you’d find on say a Cult of Luna album. Hell, the album’s name is “deep cold” in English. But this darkness isn’t achieved by incessant pummelling as some death/doom attempt it (with success, mind you). ORO succeed in what any real post-metal strives for – a complex emotional soundscape. It isn’t just “yeah stuff is dark and I feel bad”, it’s a multiplicity of unutterable sentiments that pervade in the gloomy predicament the listener finds themselves in. The nocturnal ambiance of “Djupets Kall” is the soundtrack of deep introspection.

ORO, at least right now, probably won’t save the stagnant style that is post-metal. Nevertheless, it needs be said that it is a step in the right direction. “Djupets Kall” is here to show you how it’s done. It still isn’t exactly original and weighs most of its success on formulas already established, but it’s certainly not a dead end. I’m convinced ORO can further build on this base and be one of those bands whose albums frustrated post-metal fans will impatiently await to get their fix of some quality stuff.