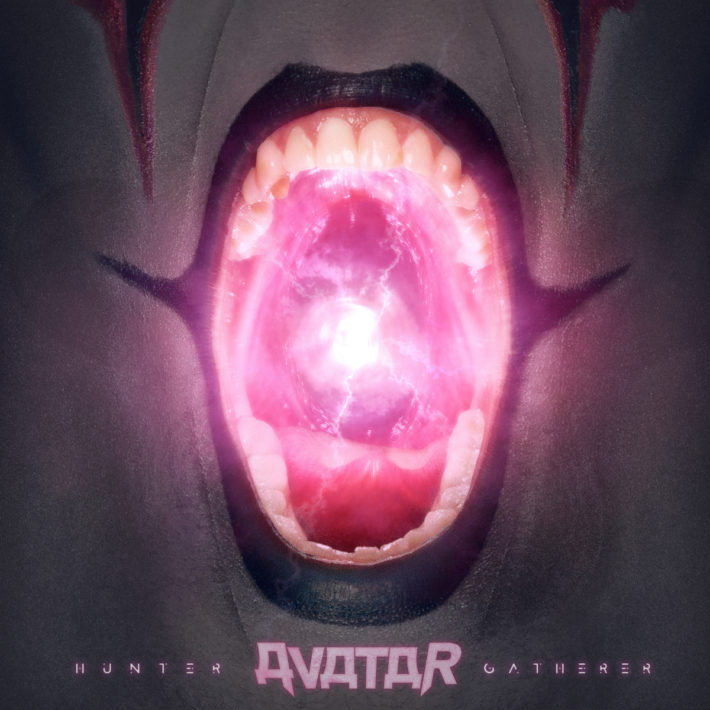 There is a light animated comedy show featuring no existential dread whatsoever called “Bojack Horseman.” The show lasted six seasons before getting the axe seemingly because Netflix hates unions and labor rights, and the opening scene of the final season had some moments that today’s band Avatar might have benefitted from watching. In it, the title character is having a friendly conversation with a police officer. Said police officer listens to Bojack’s story on certain large plot points, believes him completely, and starts to continue on his way. But Bojack doesn’t know when to shut up. He continues to talk to the police, and implicates himself in some vile stuff in the process. The lesson here (besides never talking to the police unless you absolutely have to) is knowing when to stop what you’re doing and leave your work as it is. Luckily for Bojack, his refusal to stop does not land him in hot water right away. Avatar, veteran Swedish metallers who are releasing their eight full-length release Hunter Gatherer on Friday, hope for the same fate.

Avatar plays a style of metal that isn’t easy to pin down. Encyclopedia metallum calls them nu metal, but I don’t think that’s a fair representation of their sound. Everything else I’ve seen either just gives up and leaves their identification at metal, or slaps some other label on such as groove metal that seems to fit about as well as a high school prom dress twenty years and three children later. You’d think that a band with that elusive of a sound would be quite interesting and compelling. You’d think. In any case, their sound ends up being something of a blend of nu metal, groove metal, metalcore, and occasional thrash influences.

Hunter Gatherer is good fun. At their best, Avatar is able to combine catchy metalcore choruses with thrash-like energy and some forward-pushing chugging. They are at their most enjoyable when they are tripping over themselves to get to the next chorus, as all of the band members’ energies collide and crash into each other, creating something that sounds much sloppier than it actually is. It’s a good slop, though, as the best moments of Hunter Gatherer sound like they could be played live in an old barn that will burn down by the end of the concert and in front of an audience made up entirely of gorillas on meth.

The promotional material for Hunter Gatherer desperately wants this album to be cooler than it is. Desperately it pleads with me, claiming that this is “the darkest, most sinister version of the band yet, with deep studies of cruelty, technology, disdain, and deprivation.” Calling Hunter Gatherer the darkest, most sinister anything isn’t technically a lie, but it is definitely misleading. Maybe the lyrics of this release are Joseph Mengele-levels of depraved, but the music itself does not match at all. They do at times go for the “evil carnival” sound that has been done to death, but I feel that if Jordan Rudess manages to out-dark-and-twisted you musically then you have lost the right to refer to your sound as sinister.

Regardless of how depraved or wholesome Avatar sounds here, they start out on an extremely strong foot. The first half of the album never falters, as the tracks remain interesting, memorable, and energetic. “Colossus” is probably the best of them, but take your pick of the first five tracks and have yourself a fun few minutes if you’re so inclined.  Forget the stench of nu metal, forget the lack of sinister sounds, forget the ominous foreshadowing of me singling out only the front half of Hunter Gatherer as good: these first five songs are all energetic thrillers that, even if they don’t blow me away, left me thoroughly satisfied upon listening.

After that, though,almost  everything crashes and burns. “Child” sounds like a drinking song/carnival song combined with nu metal and oh boy it doesn’t work. “Justice” seems unnecessary and does nothing for me. It ends up feeling like a worse version of the tracks on the first half of the album, but too repetitive to function the same way. “Gun” is an attempt at making an emotional piano ballad, but all it ends up doing is proving the band is not capable of performing this type of song. “Wormhole” feels kind of mediocre and unnecessary. The slower tempo on this track makes Avatar lose their strength, and nothing replaces it. The spoken word does nothing. You’ll notice I skipped a song, which is “When All But Force Has Failed,” and that is because that track is quite nice and has some enjoyable riffs and this paragraph is all about bellyaching so that doesn’t quite fit in here.
The first five tracks of Hunter Gatherer would make a great EP. As a whole, though, it sounds like Avatar ran out of ideas part way through. Unlike that cartoon horse, Avatar’s decision to keep talking long after they should have stopped ends up having immediate consequences for them. Let’s not throw the baby out with the bathwater, though, the heights that Hunter Gatherer reaches are higher than you’d expect if you just looked at the score. If you’re looking for fun, rambunctious music and don’t mind what are apparently extremely dark lyrics, there are good times to be found here.