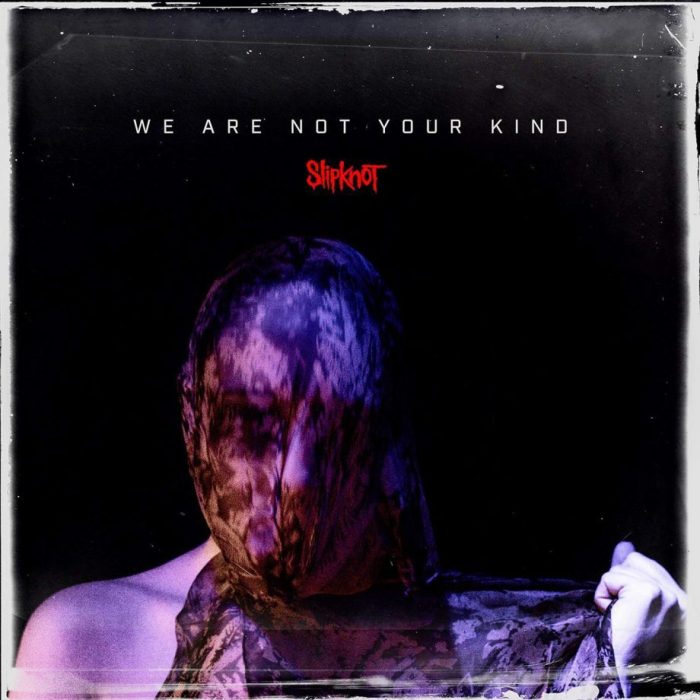 Five years after the release of .5: The Gray Chapter, Slipknot has released a follow-up album last Friday. It’s called We Are Not Your Kind, and it’s one hell of a record. The band had already released four singles prior to the release of the full record, and even though the first single, All Out Life, isn’t actually on the record, the album’s title does come from the lyrics of that song.

After listening to it a few times, it quickly became clear that after their previous record, Slipknot have definitely kept developing their sound. As opposed to their older records, this one seems quite a bit more layered and melodic than the rest. The first single that actually ended up on the record, Unsainted, already suggested this, seeing that it starts with a high-pitched female choir and this melody is also used for the chorus. Another example of the high-pitched vocals that are kind of new to Slipknot’s music is Nero Forte, on which they implemented these in the chorus. Another aspect of the record that we haven’t really seen before is the short, interlude-like songs on the record. Of course, most of their records have had an intro of one or two minutes of noise and screaming, but on We Are Not Your Kind, there’s more of these interludes . This implies that Slipknot has created this record as a whole, instead of creating a record with a selection of separate songs.

After the short intro, the record starts off with two solid songs that had already been released as singles. Even though Unsainted starts off sounding really different from their older stuff, Slipknot proves that they haven’t forgotten how to write heavy music, for the verses have an intensity that can be compared to Iowa. Birth Of The Cruel starts off with a creepy dissonance, after which the well-known Slipknot intensity comes back again. After an interlude, the record continues on with some well-written songs, after which it’s time for A Liar’s Funeral. At first, it seems like this record’s equivalent to Snuff, but then, all of the sudden, Corey starts screaming, and the song converts into a good headbanger with a chorus that could be from All Hope Is Gone. It’s a kind of power ballad, with a bit more focus on the power-aspect, a cool addition to the record.

Another song that stands out is Spiders. Sound-wise, it follows the preceding interlude really well, and it’s notable for the piano sample that continues throughout the song. It differs a lot from the other songs on the record and from their discography in general: it’s got an odd 7/8th time signature, and while the guitars have a less prominent role than their other stuff, the electronics are a lot more important. The drums are a lot more laid-back than the rest of the record, and there’s a really interesting sounding guitar solo halfway through. This song is the perfect example of how much Slipknot has matured musically. It’s got all the aspects that are new on this record and shows that the band isn’t afraid to experiment with their sound. Orphan, the next song on the record, is a great follow-up to Spiders, because after this experimental song, Orphan proves that they still stay true to their original sound. Finally, there’s two more songs before the record ends with another insanely good song: Solway Firth. Like Unsainted, it’s got a perfect equilibrium between a matured sound and their older, heavier sound.

In general, Slipknot’s We Are Not Your Kind is a great record. It sounds more mature than their previous records, while still staying true to the band’s classic sound. The band seems to have created the album more as a whole than as a selection of different songs, and the music itself is more layered. Instead of having clinged to their original heaviness, the band has allowed the music to be more melodic and diverse, resulting in the heavy parts (of which there are a lot) sounding all the heavier. It’s a refreshing new record that’ll definitely be a success among their old fanbase as well as attract new fans.