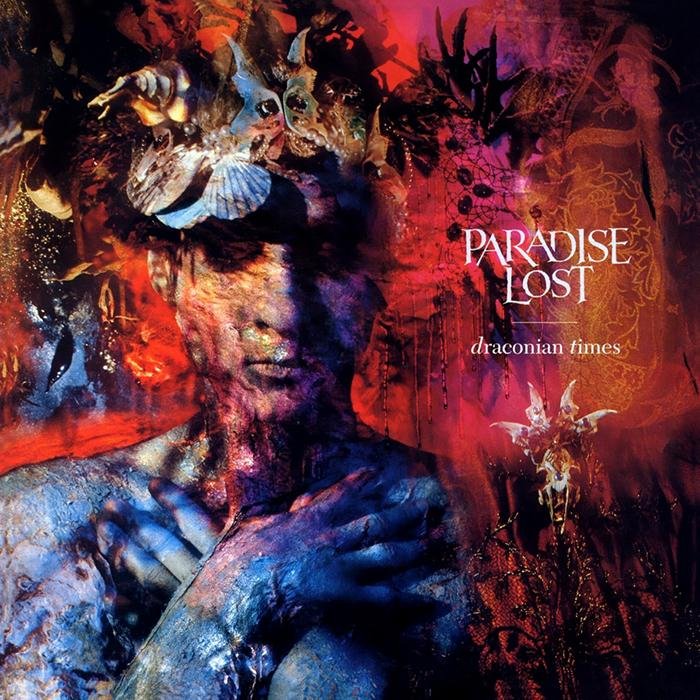 First of all, it’s probably a great time to become a fan if you weren’t before. I myself was pretty late to the Paradise Lost game, only having given them attention back in 2015 when it was announced they were going to play in my hometown. Sure, I thought, well known and revered band, might give them a go. And then I was absolutely floored after listening to that year’s release of theirs, “The Plague Within”. Rarely have I heard such a tight and tasty death doom record. Tenebrous and melancholic, there wasn’t a single wasted second of the record. Filler was not a thing.

What I was not yet aware of at that time is how great of a moment was it to start following a near-thirty-year-old band. “The Plague Within” was a sort of comeback for Paradise Lost, despite them never stopping. It was the record where they reached all the way back to the beginning of their career, to their 1991 sophomore record “Gothic”, their last properly death doom release before they opted for more of a gothic metal sound. It was also the last time we heard proper death growls from vocalist Nick Holmes, who later opted for a combination of clean singing and James Hetfield-esque gravely vocals. Yet in “The Plague Within”, the 44-year-old Holmes started growling again and sounding just as good, if not better than the 21-year-old Holmes of “Gothic”. The album was a huge a hit and propelled the band back onto the forefront of modern metal. The follow-up albums, “Medusa” and recently released “Obsidian” were also immaculate. It’s rare for bands to find such a bountiful creative spark so late in their career, yet here we are.

A lot could be said of Paradise Lost and their long and highly varied career. Of their 16 albums so far, not one sounds exactly like the other, and they went through a lot of styles through the years (they even went full on synth-pop back in 1999!). June 12 was the 25-year anniversary of “Draconian Times”, still their most well-know album and probably their commercially most successful one, let’s take the opportunity to take a brief stroll through their career and where this album fits in there.

“Draconian Times” was a follow-up to ‘93’s “Icon”, which came only a year later after “Shades of God”, a follow-up to the legendary “Gothic”. Let’s take a moment to sketch out this progression – while “Gothic” was a death-doom landmark and one of the albums which, as it name says, inaugurated the gothic metal style, “Shades of God” was more of a dank doom record in the vein of Cathedral’s “Forest of Equilibrium”. Yet “Icon” was a big-switch up in sound. It became apparent that the lads were listening to a lot of Sisters of Mercy and similar gothic rock. The doom of “Shades” wasn’t the general principle anymore, but rather just one of the elements of what could be considered a fully formed and mature gothic metal style, no longer beholden to its death-doom roots. The riffs became actual rock-out riffs rather than doom drawls, and Mackintosh’s legendary melodic leads were put in all the right places. Holmes’ vocals performance was more dynamic than ever before, embracing both his inner Hetfield and Eldritch.

The same that was just said of “Icon” could be said of “Draconian Times”, except more. All the stuff Paradise Lost imported to make “Icon” leap from ‘doom’ to ‘gothic’ was here and then some. We got piano intros now, chorus effects, occasional acoustic guitars, etc. The sound ended up being a lot brighter, and while still undoubtedly a metal record, the characteristic metal darkness of “Icon” gave way more to a pronounced feeling of melancholia. Indeed, emotions were heightened, and there was likely no song on “Icon” that could hit right in the feels as “Forever Failure” or “The Last Time” could. Other than label support, this sound switch-up was probably one of the reasons “Draconian Times” was such a huge commercial hit and continues to be revered to this day, giving Paradise Lost a brief time in the mainstream.

Another thing which makes “Draconian Times” such an important album for Paradise Lost is how it became to be a sort of breaking point. Their pure doom days were over, their mature gothic days were highlighted by this album and their incessant progression would lead to another switch-up with their next album, ‘97’s “One Second”. Cynics would say “One Second” was the moment Paradise Lost sold out. The aesthetic of the previous albums was still tangible here, yet it was much more of a straight rock album with plenty of popular stylizations to go around. Naturally, the lads are and were talented musicians making it a decent album, yet that it was a departure from metal was undeniable. And then they went all-in electro-rock on “Host”, still rather an unpopular moment. Including the following “Believe in Nothing” and “Symbol of Life” albums, this marked a rather poppy era that certainly had quality moments, but kind of got lost in the deluge of similar late-90’s/early 00’s alternative rock bands.

Paradise lost went back to metal proper with 05’s self-titled, still a bit mired in their alternative stylings and often detracted for relying on nu-metal riffage in moments. In the next few albums they slowly evoked their gothic-doom form. And now, back to the beginning, they then released “The Plague Within” which I believe no one expected. Whoever claimed them to be no more than washed-out rockers after ‘selling out’ way back when should promptly eat their words. These ‘elderly’ gentlemen now sound more sinister and heavier than even new generations often fail to achieve.

To go back to the original statement, with such a talented and experienced collective of musicians, a thirty year long career with few true duds in there, the best time to be a Paradise Lost fan is always the current moment. They still tour and release albums and show no intention of stopping. Every moment of current time is the moment when you have all of the previous Paradise Lost to listen to, and even more when more gets made. Not to mention that the band honours their entire career and keeps playing songs from the whole spectrum of albums live. For that reason I chose not to use this review to extol the virtues of “Draconian Times”. It’s a great album, but so are most of their other ones. As a contemporary Paradise Lost fan, you get to prefer whichever album of theirs you like most.