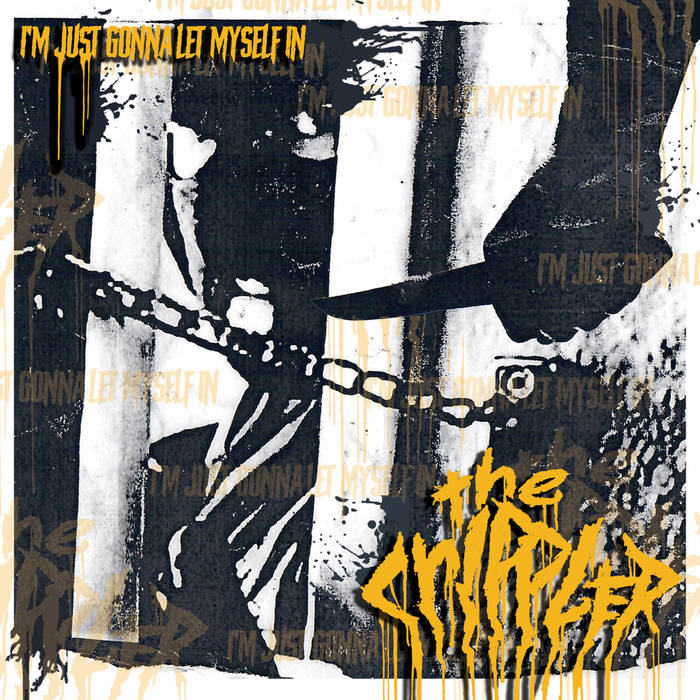 There was a Jekyll and Hyde musical from a while a back that had a strange amount of duality in its release and quality. A lot of fans of musicals have some issues with this play for reasons that elude me, but I quite enjoy the original, non-Broadway version quite a bit. Unfortunately, when the musical went to Broadway, they tried to spice up the music to justify the larger stage, and the result was uneven music that felt like it was split in two and missed some of the magic of the original release. Just like the musical choices on the Jekyll and Hyde musical, and nothing else I can think of off the top of my head, this debut album by The Crippler contains an unfortunate duality that gets in the way of some interesting music.

The Crippler are a thrashy grindcore band from Philadelphia that spawned just a few years ago. Following a demo release that was accurately titled Demo, they now bring us their full-length debut titled I’m Just Gonna Let Myself In. Just from looking at the song titles, you can tell exactly how The Crippler formed approach to metal. I’m Just Gonna Let Myself In aggressively centers fun and bursts with energy, sacrificing some of grindcore’s harshness for high-flying thrash and dazzling moments to mosh to.

After taking a moment to digest The Crippler’s sense of humor, the first musical aspect of I’m Just Gonna Let Myself In that stood out were the absurd guitar riffs. The band switches their focus on demand from fun, catchy thrash riffs to absurdly virtuosic-sounding technical-death-metal-style lava. These riffs form the basis of everything good within I’m Just Gonna Let Myself In. Every song has at least a few moments that cause me to sit back impressed. However, the band repeats some of the riffs too long, and the wild, colorful paint on the surface chips off to reveal the lifeless stone beneath.

This record’s verses sound excellent in isolation. In context, the ugly Jekyll-and-Hyde-musical nature of this release surfaces. While both the verses and the riffs work on their own, they mesh together about as well as a drought and a gender reveal party. This sounds like The Crippler recorded two different records and just spliced them together without listening to the final product. The rapid, sudden shifts ends up distracting me from otherwise solid moments.

The production also takes I’m Just Gonna Let Myself In in two directions at once. The guitars sound great, and the bass surprisingly isn’t the issue for once, as it sounds clear and dynamic throughout the record. The vocals and drums don’t fare so well. Both either end up buried in the mix or sounding like they were recorded in a different room than the stringed instruments. This isn’t enough to permanently maim The Crippler, but was enough to make me wonder what was going on as I listened.

I’m Just Gonna Let Myself In contains some songwriting choices that hurt them at first. As I kept listening to this record ended up being comforting. Every song on this record follows the same general idea, and by “I Don’t Want To Hurt You, I Just Want To Kill You,” you know if you’ll like the remaining tracks or not. At first the formula derailed the release and made it a slog to get through, but once I accepted that this wasn’t going to be the most math-y, progressive release of 2022 I was able to meet I’m Just Gonna Let Myself In where it’s at. This is a record that uses song structure as a vehicle for the performances and nothing more, and The Crippler executes this approach well.

The Crippler have made a solid thrashy grind release that has brightened up the darkest days of the year. While I’m Just Gonna Let Myself In contains some flaws and frustrating choices, the band’s style and performances do enough to make this record worth listening to. If you like grindcore that’s more into playing around than being aggressive, The Crippler is for you.