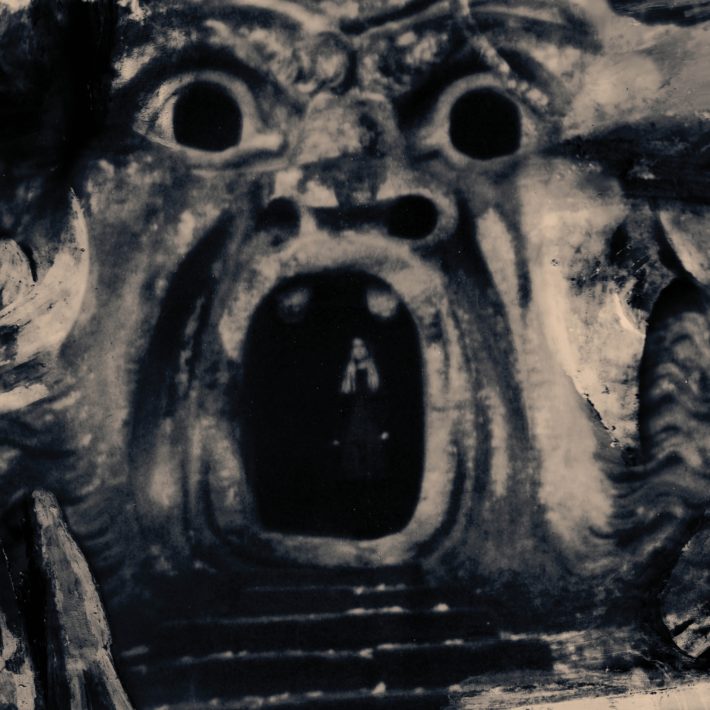 At the end of this review, as with all of the other reviews on this site, there is a little number that gives a score out of ten. This sums up the entire scope of the release with one or two characters, and then I wash my hands of the experiences reviewing this release gave me. But with any compression, data gets lost. Giving an album like Anna Von Hausswolff’s All Thoughts Fly a single numeric value hides a lot of what makes this release good, and also gives a false positive impression to those who will want to avoid it. More specifically, how can I assign a singular number to an album when my thoughts on that album shift wildly depending on the context I listen to it in? It turns out I can do that with ease, as this is a subjective music review and not a dissertation, but the point remains: not everything is always as it seems.

All Thoughts Fly shares a passing familiarity with drone metal and dark ambient music, but what drives the music keeps the genre looking at this album from afar. Anna Von Hausswolff created this release almost entirely with a pipe organ, which results in a grand, slow, contemplating feel to every track. The sands shift slowly beneath the feet of the listener. If you feel the need for bangers and adrenaline, this may not be the place to look, but if you want music from which to observe a sunrise atop a mountaintop, keep reading.

A lot is done with a little on All Thoughts Fly. Throughout this release, sparse changes produce big results. I found myself invested in the sounds of Anna Von Hausswolff’s pipe organ, and every smooth movement brought to mind a slow meander through a meadow. I am not the biggest fan of drone metal, Sunn O))) has never done anything for me. But All Thoughts Fly contains something that makes the seismic moments between the voids matter to me in a way that the more metallic bands have not. I remain interested in the relative silence, and that alone makes this worth checking out.

Within the world of classical music, All Thoughts Fly sits in a crevice where it’s not new age enough to be interesting that way, but it’s too new age to be interesting like the romantics. A musician who performs modern classical music once told me that this genre speaks its own language-a lot of people don’t understand it, but that’s fine. It aims itself at those who do. All Thoughts Fly finds itself in between languages, and although this blesses the album with accessibility at times, it results in a somewhat difficult album. This is “serious” music I doubt that many of the people who will seek this album will care, but as with most genres near the fringes of our current sonic reality, listening to All Thoughts Fly is an experience in exploration, and only sometimes in understanding.

I said above that I remain interested in the relative silences of this album. That remains true, but there exists a breaking point for everything. On All Thoughts Fly, everything is stretched out and long, and so the gaps get less interesting as the album twists on. As long as I felt entranced this posed no issue, but as soon as that spell broke for any reason-say, due to an external distraction, the effect evaporated and the rest of the release was a pain to get through.

All Thoughts Fly ended up being way too long for what it is. When I had time to sit back, relax, and soak it all in, that was fine, as the extra length wasn’t unenjoyable. But when I wanted to live at a different pace then this album does it became impossible to listen to. This album confronts the listener with obstinance. You either listen to it on its terms, or you gain nothing from the experience. Uncompromising artistry like this isn’t a bad thing, but it is certainly something to keep in mind from the start.

I’m glad this album exists. It doesn’t check every box, or reach the heights of some other releases of this year, but that’s not its purpose. All Thoughts Fly manages to capture a very specific feeling with acute intensity, and if that aligns with you in the moment then listening to this album will feel like dew on grass on a cold morning. Other times it won’t serve well as even background music, but that’s the price one pays for a vision like this.