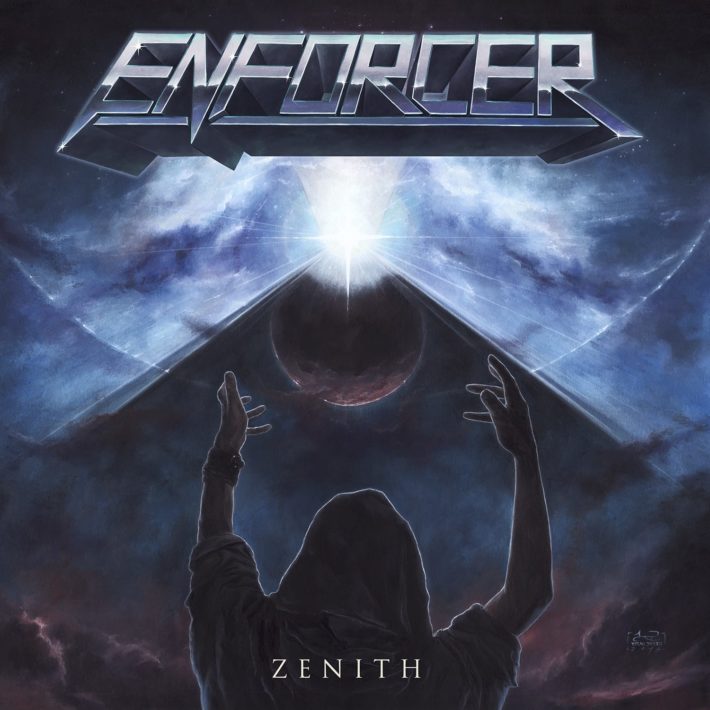 Okay, hear me out for a moment. I have a thesis. Basically, in the past few years metal has become more and more, well, let’s call it ahistorical. What I mean by this is the potential fact that you could probably find any previously existing style of metal being played by some band right now. Not only that, but all this music is universally available through the internet. There is no longer properly old and new metal – you can find popular bands sounding barely any different from Black Sabbath or emulating the sound of Death’s early demos or recreating long lost styles such as speed metal, but at the same time there’s still bands pushing the envelopes towards new forms. The history of metal is not linear, rather it’s become cumulative. You can live any of its past moments this very instant. Of course, this thesis probably requires some thorough qualification, but consider the thought for a minute. What are the implications of this state of the genre (will it ultimately stifle musical growth or is it just a general boon to the average listener) probably warrants a lengthy discussion which is best left for another time.

What led me to these ideas is precisely the album I’m reviewing here. Metal revivalist tendencies have been with us for a while and I generally didn’t give them much thought. Why not, I said, since some bands still manage to release compelling albums with old formulas, perhaps even using them to create something truly new and interesting. Besides, popular culture in general seems to be having a field day with scrounging through old forms and aesthetics, especially with the 80’s nowadays (Hotline Miami, Stranger Things, synthwave and so on). However, Enforcer’s “Zenith” insists on this revivalism so hard that the blatant anachronism managed to lay bare the method’s inner workings, as well as its weaknesses.

Enforcer released its first record in 2008, anticipating the upcoming traditionalist and speed metal throwback movement (which I wholeheartedly embrace). However, after three albums they seem to have wanted more than just being another retro-speed band (of which there were plenty at that point). On their fourth album, “From Beyond”, they embraced more of their inner Iron Maiden rather than their inner Agent Steel, wanting to try some grander songwriting instead of fast riff-fests. There was also present a sentiment towards poppier hard rock forms, a tendency which went into full force on “Zenith”, with the first two singles making it clear that Enforcer borrowed a lot from 80’s MTV prime-time hard rock and glam acts, your Scorpions’, Warrants, Twisted Sisters and whatnot.

It is exactly this which confused the hell out of me. Revivalist endeavours will necessarily decontextualize the music from its original historical environment and try to make it work in the present time, which isn’t that hard when all you need is nowadays easily available recording gear, a bandcamp account and some people who can still dig the olden styles. However, the 80’s “pop” metal was heavily contingent upon its business model with record labels going all in on the style, which was also supported by MTV’s popularity in the era (hence perhaps the emphasis on fashion style and outward aesthetics, you can’t see what a band looks like on radio). The manufactured larger-than-life rockstar image which also reflected on music and stage presentation was only tenable as long as there was commercial interest, which of course ended in hyperinflation and a quick death after the labels decided grunge is the next big thing in the 90’s. The style faded deep into obscurity, survived only by some of the most popular acts who made it out alive and continue to live on old glory.

It is not such a big deal that someone revived a dead style that was so intrinsically tied to its context (there’s other bands), it’s the fact that a band tried to employ it for the purpose of progressing and developing their sound. Enforcer had to go further back in order to go forwards, which unfortunately ends up being one step forward and two steps back. Consider the fact that after two hella poppy songs (decent enough) and one mid-tempo quasi-power metal piece (eh), at the fourth track we’re greeted by none other than a ballad. Yes, that thing every 80’s hard rock band had to have, and they had one because everyone else had one, and everyone else had one because not only were they crowd pleasers, but they also made for good singles, i.e. they made some serious bucks. But if we’re removed from this logic, is its existence justified? It might be if Enforcer made their ballad any less annoying than ballads have always been, which unfortunately they did not.

The rest of the album is mostly middling stuff trying to accomplish songwriting much more ambitious and serious than Enforcer’s retro-speed past. At moments they do achieve something quite interesting, but as a whole the album ends up as confused as its first third, with slightly undercooked songs too diverse from one another to amount to a coherent record. Consider “Thunder and Hell”, the only proper “speed” song on the album (as will piss off the purists) which at one point turns towards black metal for the lack of any better ideas.

This album will probably end up with a highly divisive reception. Fans already worried about the previous record and its gradual abandonment of straight up speed metal will find their soothsaying justified here. Others will commend Enforcer for their continuing progress and embrace of new influences, as well as some masterfully crafted moments of catchiness. Honestly, there’s some truth in both of these opinions. I can certainly appreciate that there’s a lot of ambition here, an attempt to grow out of the confined frame of revivalism and making something serious out of it. But Enforcer is not yet there. Can they make something out of the bloated mass of anachronistic influences they’ve gathered up? Can they mobilize the positives and dispense with the negatives on this album? If they do manage it by the next record, it’ll be a strong argument in favour of metal’s ahistorical state.

Tracklist:
1. Die For The Devil
2. Zenith Of The Black Sun
3. Searching For You
4. Regrets
5. The End of A Universe
6. Sail On
7. One Thousand Years Of Darkness
8. Thunder And Hell
9. Forever We Worship The Dark
10. Ode To Death