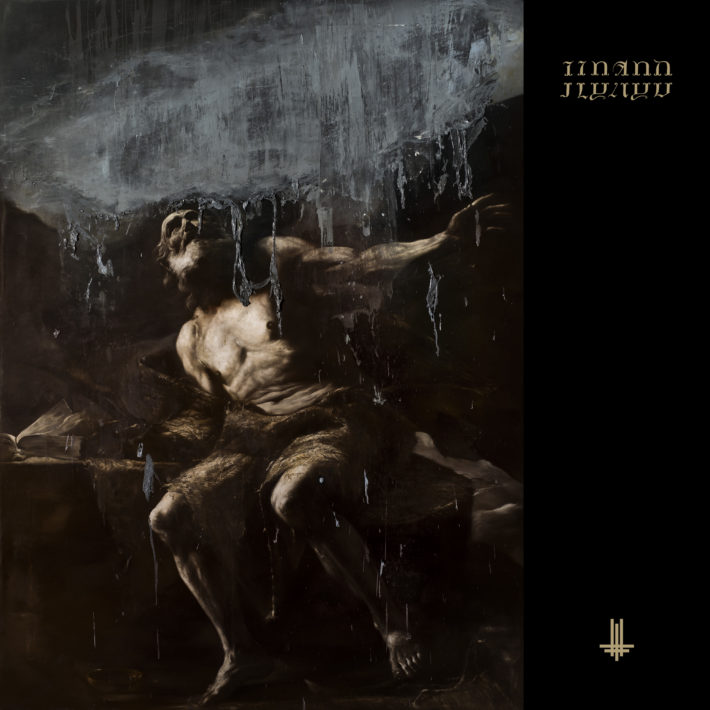 When I first heard that after four years after their last album, The Satanist, Behemoth was going to release another album, I was kind of afraid for what the new one would be like. The Satanist was such a perfect album that if they’d have decided to stop writing new music from then on, I would understand it. Yet, they decided to create I Loved You At Your Darkest, and oh my Satan, am I happy they did!

The one thing I was most happy about was the fact that they didn’t try to do something that’s exactly like The Satanist. Even though you can still hear traces from that one on the new record, all in all it’s genuinely different from the previous one. They’ve taken yet another step further in evolving their sound.

One of the main aspects that have evolved in Behemoth’s music is the vocals. It’s not just Nergal’s grunts, but there’s also a (children’s) choir that plays an important role in the music. Of course, we’ve already heard a choir on earlier albums, like The Satanist for example, but on I Loved You At Your Darkest, it fills a much larger part of the music. Furthermore, there’s a lot of dialogue present in the music. It happens a lot that Nergal grunts something and that either his own voice, that of his band members, or that of a choir responds. This makes the music even more dynamic than it already is.

The record starts off with a children’s choir reciting a verse that will later come back on the song God = Dog. With the instruments joining in one by one, they build up the tension perfectly towards the first full song: Wolves ov Siberia. When this one was released as a single, a few weeks before the album’s release, it sounded like a pretty straightforward black metal song. However, within the album’s context, and after Solve‘s awesome intro, it’s a perfect song to reveal the black metal intensity that’s to follow.

God = Dog and Ecclesia Diabolica Catholica are some of the signature songs from the record. They are both very dynamic songs, in which almost each instrument can be heard individually. They’ve got relatively calm parts, very intense passages, aggressive vocals, and beautiful solos. The ending of Ecclesia Diabolica Catholica is interesting to point out, for at a certain moment there’s just an acoustic guitar playing, after which the tension builds up more and more, until even brass instruments join in to give the song an explosive ending.

Bartzabel is a clear example of the new twist Behemoth gave their sound. While the first part of the song has the typical sound we’ve come to know from Behemoth, the chorus consists of a choir chanting: “Come unto me, Bartzabel!” (in a clean voice!) and Nergal grunting lyrics that rhyme with the sentence. Both the obvious call-and-response pattern as well as the clean vocals (which also appear on God = Dog and Sabbath Mater) are some aspects that are new to the band’s sound. It’s a song that definitely proves Behemoth isn’t afraid of evolving their sound.

The band has always had the habit to end their albums in a very intense way, and their latest one is no exception. The ending already kind of starts at the solo from We Are The Next 1000 Years, which functions like a sort of ‘silence before the storm’. It has an almost dramatic feel, with the subtle sounding solo over the relatively harmonic chords. The storm that’s to follow is Coagvla, in which, using a gradually intensifying drum line, an ascending chord progression and a number of brass instruments, the band builds up the tension one last time, until the record promptly comes to an end.

To sum it all up, on I Loved You At Your Darkest, Behemoth has once again evolved their sound. Even though they still have the typical sound we’ve come to know from the band, there are aspects that have changed. The vocals, for instance, have got a whole new approach, where there’s a lot of call-and-response and even clean vocals have found their way onto the album. The composition and structure of the album are once again flawless and there’s a lot of dynamic. Whether it’s better or worse than The Satanist is hard to tell, I can only say that with their new record, they’ve enriched the black metal scene with another masterpiece!