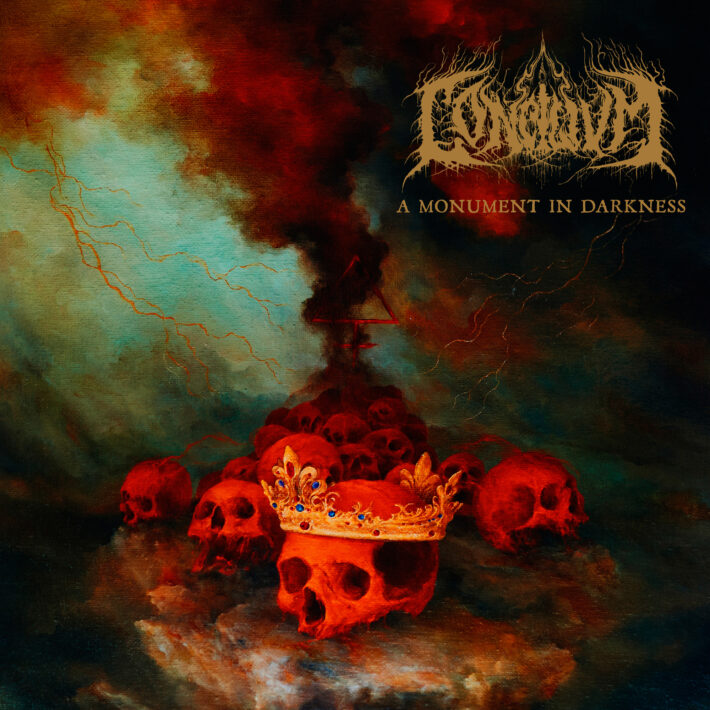 One of the best things about the metal underground is that you can find great music coming from virtually anywhere on Earth. It brings me even more joy to be able to showcase and highlight some of the great stuff that can be found at the furthest corners of the globe. One of my favorite new discoveries is death metal band Concilivm, who formed in 2017 and released an EP in 2018. They hail from Concepción in southern Chile; a cold, forested area that – as you approach the southern-most parts of the continent – gives way to an icy tundra archipelago roughly 1500 kilometers from Antarctica. Likewise, Concilivm produce a dark and frigid brand of death metal that brings to mind the harshest of conditions, a hostile environment unfit for life, where every moment is a battle for survival.

This Chilean two-piece consists of multi-instrumentalist/audio engineer Víctor Limarí and anonymous drummer-vocalist Ω (Omega). Despite having only two members, they manage to fill up the space exceptionally well, layering parts together and utilizing reverb to great effect. Production-wise it’s spot-on for the style, with the rhythm section creating a thick and consuming darkness through which you hear exasperated groans peek through.

Guitarist/bassist Limarí writes abbreviated and hostile guitar leads that pierce through the cacophony, and utilizing tasteful repetition he is able to successfully showcase his delectable riff writing. While much of the record is mid-paced, the band isn’t afraid to slow down, doubling down on the intensity of the crushing rhythm guitar. The anonymous member “Omega” also does a mark-up job, as the heavy drums fit perfectly into the structure and his style serves the mood perfectly. He keeps pace through sprints and crawls, and tosses in some irregular gallops to keep things fresh. The snare drum has a great bonk-sound to it that only adds to the hostility. His vocal performance also stands out, as he utilizes deep monstrous growls, agonized groans, and pained screams and howls to cry out from within the suffocating mix.

Stylistically, Concilivm’s death metal is not entirely foreign, but they keep things fresh with their consistently great performances. You could draw comparisons to the many Incantation-inspired OSDM bands, like Tomb Mold or Ossuarium. I would refute by arguing that Concilivm differentiate themselves from other “cavernous” bands with their unique and varied take on vocals and their colder, more inhospitable atmosphere contrasting prominent tremolo leads. They can also bring to mind bands like Bolt Thrower or Mortiferum when they slow down, especially thanks to their top-notch drum work.

Overall, A Monument in Darkness is impressively good. It’s not flashy or particularly forward-thinking, but it’s consistently awesome death metal that I’ve had on repeat for the past month. The many elements come together harmoniously to create a remarkable package. The memorable leads, the sharp yet pummeling riffs, the cold atmosphere, the diverse vocals, it all comes together to make an intense and addicting experience. This debut record from a little band in southern Chile currently stands as my favorite death metal release of the year thus far, and I couldn’t be more stoked. Check this out, it’s a hell of an album.