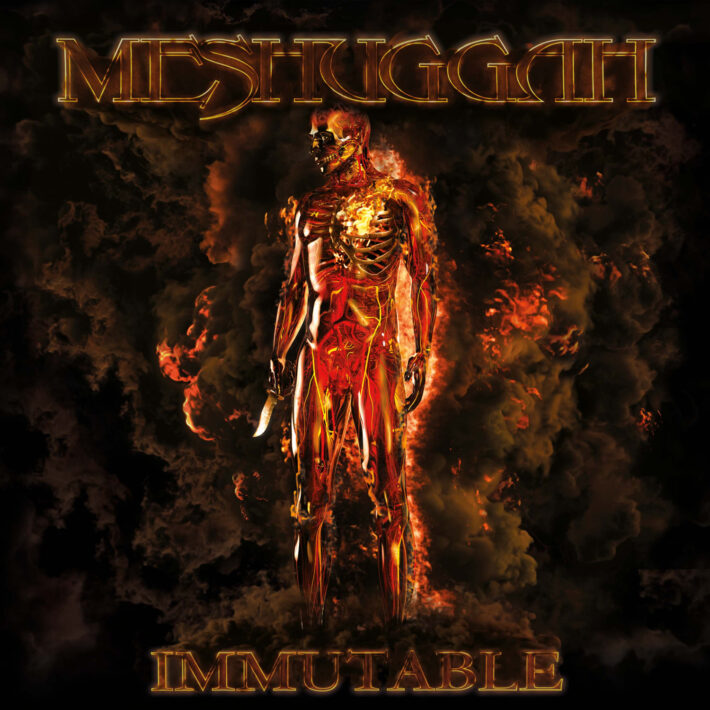 No one makes music quite like Meshuggah. For decades, they have been the apologetic gold standard for djent, and they play a style of rhythmic technical metal that uses melody as a backing component for their complex structures and phrases. No other band could have made Destroy, Erase, Improve or Obzen, and it often sounds painful when they try. They have returned with Immutable, their ninth studio album and first in six years. The extra time may have done them some good.

Meshuggah usually make variations on a sound. A song from Violent Sleep Of Reason would sound out of place on Nothing and vice versa, but all of the songs on any individual record sound quite similar to each other. They continue the variations trend here, with a more mid-pace approach than usual on top of Meshuggah’s entrancing foundation. They also toned it down a bit, as Immutable sounds more introspective than listeners only familiar with “Bleed” would have any right to expect.

Tomas Haake is insane on drums as always. He has a special knack for taking over songs with the exact frantic outburst that’s needed in a given moment, and his more standard patterns hold up to whatever scrutiny anyone can throw at them. He doesn’t double-kick better than anyone else or play odd rhythms better than anyone else, although he seems to be able to do both of those things just fine. Instead his excellence comes from knowledge of when to show restraint. On the opening track “Broken Cog,” he’s more than happy to rest on the toms when a lesser drummer might be tempted to needlessly fill extra space.

I see less said about the guitarists then about Haake, but they sound phenomenal on Immutable. I know that djent isn’t very popular currently, but damn. They play around with a wide variety of tones throughout Immutable while still maintaining the core sound of both the album and the band. You’ll find better shredders, but those don’t necessarily make for the most interesting music. Meshuggah give interesting guitar tones to get lost in and put them over the solid songwriting base to give them purpose. An excellent combination.

That said, I wish that Immutable was much shorter. It is over sixty-six minutes, and it can be a mess to get through in one sitting. Individual tracks keep going long after they should end as well. “They Move Below” contains an extended quiet beginning that doesn’t maintain my interest, and although “Past Tense” does a better job at the same concept, by then I’m ready for the album to finish. Even “Broken Cog” could have used a shave.

Worse, Meshuggah’s loss of aggression makes the length of Immutable feel more painful than it could have been. The band has settled into a groove, and they seem more than happy to experiment in that space. While I enjoy this and hope they do as well, I feel a little sad that the more frantic moments of the band’s youth are gone. Play this back and forth with Chaosphere and the older record sounds more vibrant. The fire has waned, ironically given the band’s label. Immutable is a Meshuggah record with everything the fans will expect, rather than a record made by Meshuggah without a care for the past. I guess time can’t go backward.

Immutable is a solid experience. Meshuggah are masters at this point, and they can continue making interesting music in their own sideways style forever. But the record also has its issues, and I couldn’t ignore them as much as I wanted to. If you liked the last few Meshuggah albums, Immutable will be good to you as well. If you didn’t, there is nothing to change your mind here.