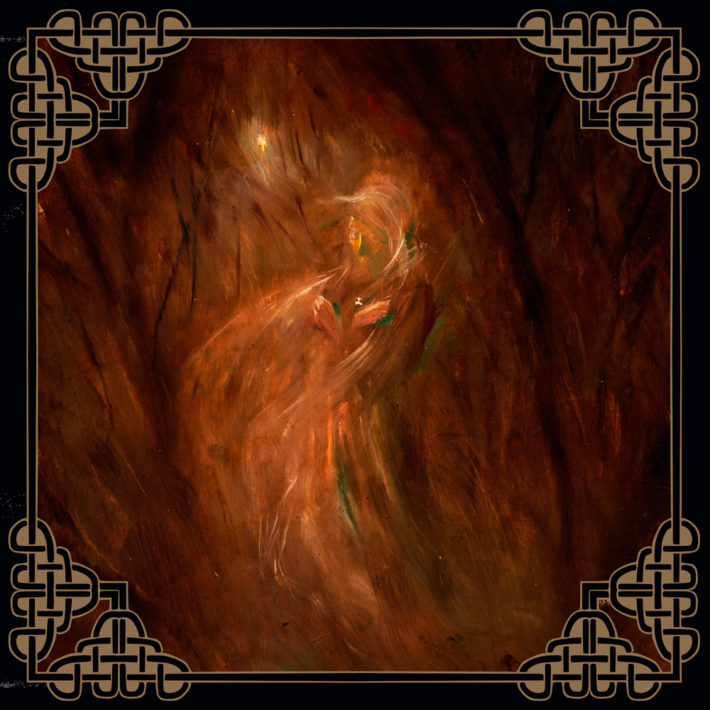 Back in 2018, I reviewed Runespell’s album Order of Vengeance.  Now, if I recall correctly, I believe I said something to the effect of “I am eager to hear more from this band in the future.”  It turns out I missed an entire full-length last year, and barely got wind of the split they’ve done with Forest Mysticism this year.  It looks like I need to make up for lost time with this release, as my situational awareness is not what it once was.

Wandering Forlorn is an excellent split by Runespell and Forest Mysticism.  Come to think of it, this is my first split that I’ve ever reviewed, so this was a new experience for me.  This was also the first time I have listened to Forest Mysticism, and I was delightfully impressed.

As a whole, this split feels like one album rather than two different artists.  Both bands adhere to a more traditional black metal style with minimal production quality, atmospheric chaos, and an overall medieval feel.  The transition from Runespell’s “Fated in Blood” to “Summon” by Forest Mysticism is both distinct and seemless, further adding the feeling that this is closer to one album instead of two EPs on one disc.  Both groups feature a short “acoustic” interlude (acoustic, in this case means “an absence of drums”) that are absolutely gorgeous and offer a bit of respite from the chaotic tracks that surround them.  While these two artists do work in tandem to produce a quality release, there are some unique differences between them.

Runespell is the more melodic of the two.  When I reviewed Order of Vengeance, I believe I caught on this, and how they use a simple motif as an anchor to the surrounding chaos.  This is particularly evident about midway through the opening track “Wolfwoods” or the outro of Runespell’s final track “Fated in Blood.”  Forest Mysticism, by comparison, tends to be a bit more aggressive.  I mentioned how “Fated in Blood” transitions well into “Summon,” and that’s because when you get to this track, you’re ready for the onslaught that this track brings.  Runespell serves as a bit of a primer for this.  Not to mention, it does provide a great distinction between the two groups.  It’s kind of like discovering a new place in your country; clearly new and different, but you can tell that it is a part of the country.

There is a definite medieval quality to the overall album, and this isn’t because of the low production quality.  When listening to Runespell’s half, I can’t help I’m wandering through a forest near a castle.  A battle is going on in the distance, but isolated with these trees offer a moment of reflection.  Forest Mysticism comes and now I’m watching the battle; the forest is visible, but from the viewpoint of the battle.  The outro of the final song “Ancient Tides of War” is contemplative and heroic, as the battle fades and the tension dissipates.

I enjoyed this split.  I loved allowing myself to get lost in the music of both these groups and painted a fictional world inside my head from it.  As I sit back and reflect on this album, I do have to say this; it’s fantastic but it doesn’t stand out.  It checks a lot of boxes for black metal, and executes them well, but they aren’t doing something so unique that it’ll turn heads.  If you enjoy black metal that’s atmospheric and medieval (how many times have I used this word?), you will enjoy this record like I do.

Sometimes, I have to remind myself of that as a reviewer.  Not every album needs to have “the next best thing” on it.  Simply enjoying it is enough.

So, an excellent black metal record all around.  Maybe next time I’ll actually keep up with these bands.