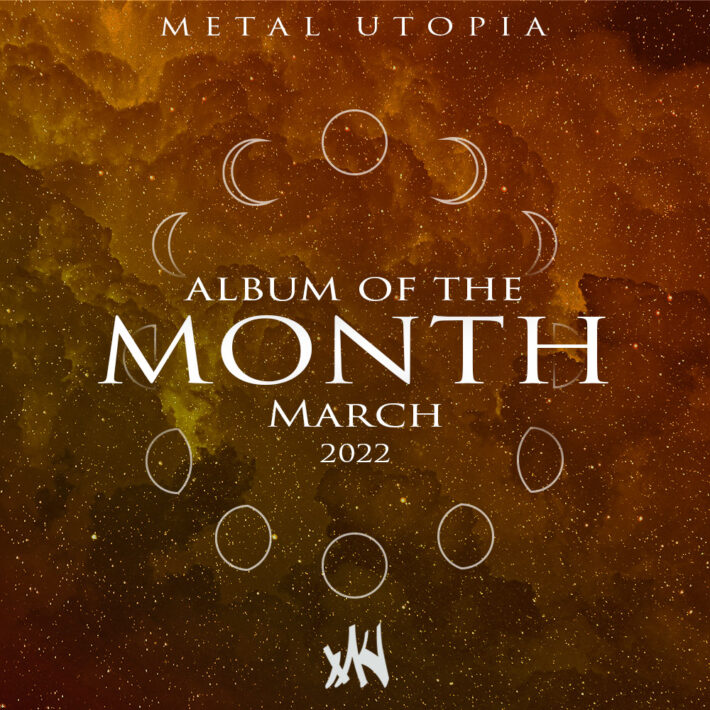 Our favorite albums of the month March:

Dirty blues and doom metal with gorgeous vocals and absurd songwriting. I struggled with the FFOs for this band in my review because of how complete Close feels. When it clicks, it’s worth it.

While Ghost’s previous albums felt more immediate, this too showed its teeth after a couple of spins. Impera is an album made by what’s now a mature band, yet unafraid of going in new directions. Yes, Ghost has walked many roads since Infestissumam and not everyone will like Impera, but it would be foolish not to recognize some damm fine songs. Catchy and triumphant, ready to party on the ashes of empires.

French black metal band Bâ’a released their second full-length last Friday. It’s dissonant and intense, as well as atmospheric. Each time I’ve put it on so far, other elements have caught my attention, so if you haven’t checked this one out, it’s definitely worth doing so.

Melodic black metal featuring members of Necrophobic teaming up with the drummer of Cryptosis. Soaring guitar melodies with a thrashy sensibility help to differentiate from Necrophobic’s main discography, though it naturally follows in a similar vein. And just like Necrophobic, this debut record is killer.

This is the best AAL has ever sounded. The tracks feel like cohesive songs that tell a story, not just a musican’s wank-fest of technicality. I’ve been a fan of Gartska’s drumming for a long time, but his performance on this record is downright breathtaking. An absolute masterpiece.

This one’ll take a while to unpack. It’s probably the biggest shift DsO undertook in their career. The intensity was heavily reined in, a far cry from the chaos of “Fas”, “Synarchy” and hell even the comparatively lighter “Furnaces”. But it’s no less complex, intricate, and most importantly, harrowing. A prog record as much as a black metal record, this is a new era for DsO. Still, as with their other records, it intrigues me to no end.

Another decent Sabaton album with its trademark hooks. There’s a little bit of cheese, but that’s to be expected in power metal. I always enjoy the historical aspect of their releases, and this one’s no different.