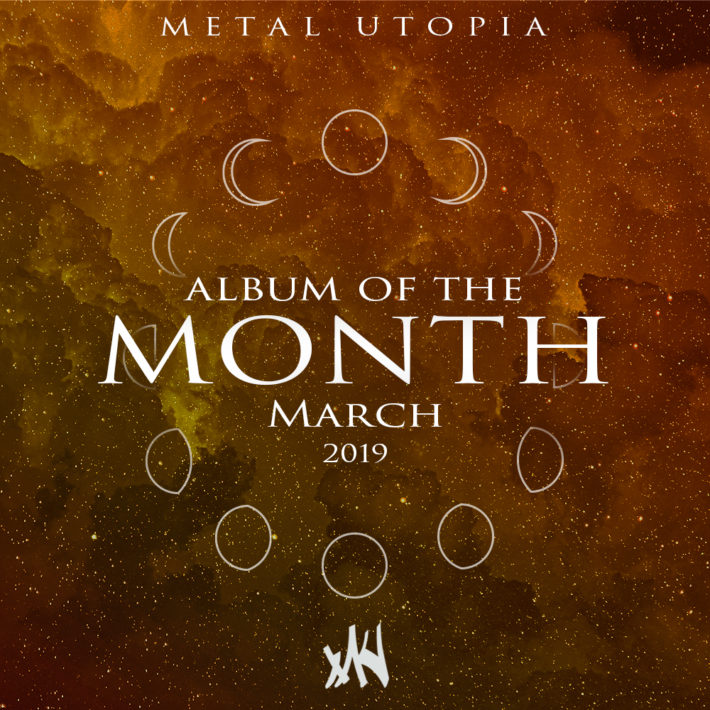 Every month we collect our favorite albums of the month. Here are our favorites of March:

Hot on the heels of their debut album Burst into Flame, Haunt defies the infamous sophomore slump.  If Icarus Could Fly is a heavy metal album that sizzles and pops with high octane guitar riffs, precise drumming, and mystical choruses.

Upbeat black metal with trumpets and accordions might sound like a gimmick, but everything about this record is so well done: very tight composition, balanced production, hooks a plenty. The novelty factor just comes as a bonus on top of all that.

Rocket Hammer Brain Surgery is not normally my kind of music, since I’ve rarely found Deathgrind I actually enjoy. This however is stellar, short, and remarkably violent. Featuring musicians from Ripped to Shreds, and Draghkar, among others.

This is everything I want out of an extreme metal record. The songs are intense and chaotic, while still having memorable sections weaved throughout. Samsara really channels humanity today, and it’s fucked.

This album blew every expectation I had out of the water. This album has bits of everything that Devin has experimented with on past albums. This is a mass amalgamation of everything he’s done into one beautifully, cohesive work of pure art.

As I thought, even being released on the first of the month, Pissgrave’s new record blew me away and tops all of the March releases. It’s all at once heavy, brutal, and disgusting. I wouldn’t expect anything else but brutality from these guys.

I’m not very familiar with Devin Townsend’s discography, but this record is full of creative and unconventional ideas. Overall a very diverse, yet cohesive album with great production. Simply put, it’s a masterpiece.

The new record from the prog veteran is as eclectic and ambitious as ever, but without sacrificing tastefulness or musicality.