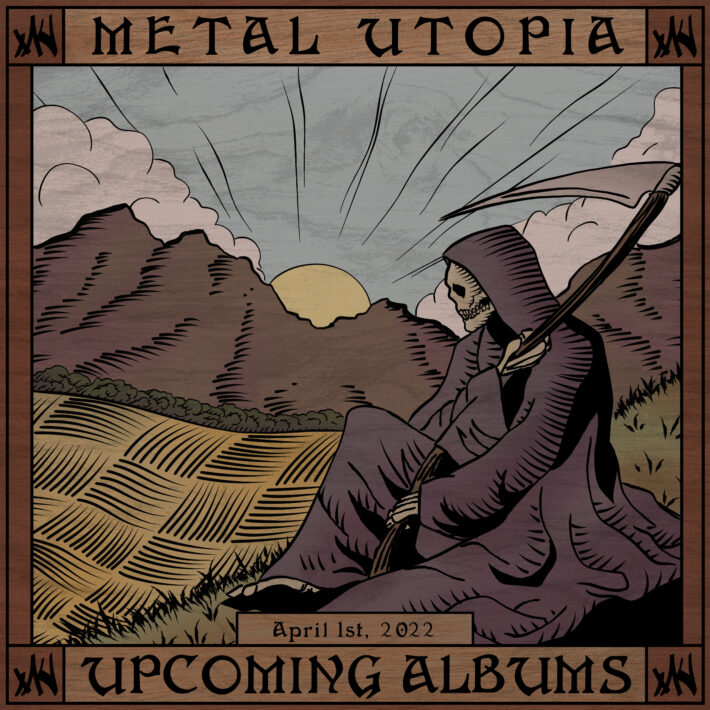 Leon and Jared are looking forward to Undeath’s It’s Time​.​.​.​to Rise from the Grave:

I don’t know what’s with the recent old-school gore death metal revival, but it’s throwing out some bangers. Their 2020 record was pretty good and hopefully this one follows up.

Undeath, one of the hottest up-and-coming death metal bands, are releasing their second full length this Friday. After their awesome 2020 output, I’m strongly looking forward to this. They put on a hell of a show, they’re awesome dudes, and they make some killer music.

The drunk Norweigans in Grillfeast are back once again, releasing what might be their dumbest record to date. After the iconic “Fuck You, Pt.1” last year, I can’t wait to hear what garbage the boys can cook up.


Some Swedish black/funeral doom, the single gives a glimpse of some seriously heavy stuff. Curious to be sure.

I gotta say I was pleasantly surprised by the singles. “The Violent Sleep of Reason” didn’t do much for me, feeling sterile and convoluted. These singles have tangible groove, texture, actual life to them.


Satan feels like one of the most succesful reunion cases in metal. Returning after a 26-year hiatus and throwing out top quality albums like its nothing. Here’s another one to the glorious streak.


Rick is looking forward to Nekrogoblikon’s The Fundamental Slimes And Humours:

When I first listened to Nekrogoblikon they were opening for another band and I had no idea who these guys were – but I was blown away by their explosive sound and their weird influences all thrown together; death/thrash growls mixed with… disco? I have no words for whatever this is other than beign the musical equivalent of a junkyard car that’s somehow fully functional. Oh and also you can’t wait to take it out for a ride.