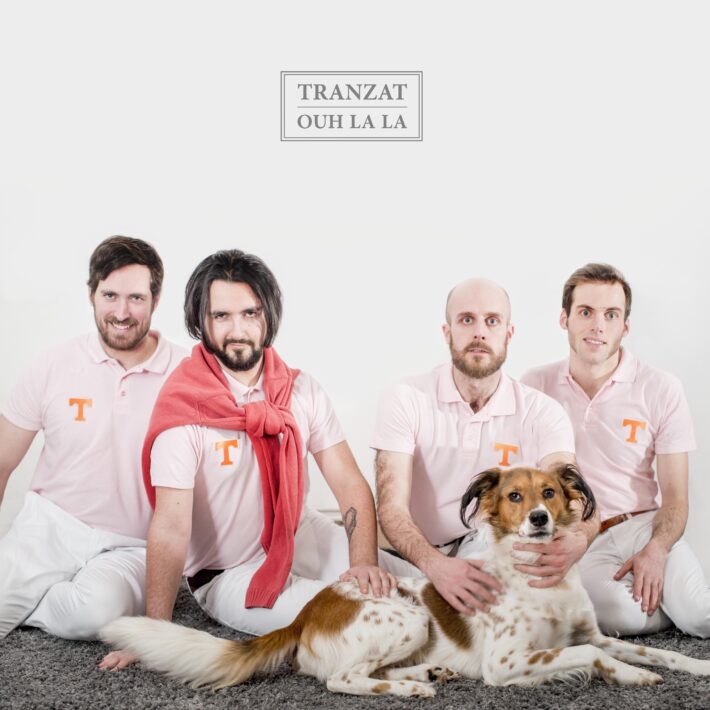 If you were disappointed by the newest Twelve Foot Ninja or Diablo Swing Orchestra records, Tranzat have good news for you. Ouh La La sounds like rambunctious, drunken jazz that spent too much time around Dream Theater and forgot where it was going. Tranzat’s third release following 2018’s excellent The Great Disaster, the band wastes no time diving into the sound of swinging thunderstorms. They’re cartwheeling across a tight balance beam over twin chasms of being too boring and being too ridiculous, and they almost manage to give a spectacular show. Almost.

I hate this album’s cynical and gimmicky style of humor. The videos make me cringe at a band trying laughs that grew stale a decade ago, and this album’s title and song titles seem like elements that were very carefully chosen to seem irreverent and casually flippant. This awful humor only shows up occasionally in the actual music, but when it does it has a tendency to derail a good thing. This bad, unfunny humor is especially a shame because Tranzat have made some solid noises here.

Musically, Ouh La La treats you to a great solo in the first track “Shall We Dance”, surrounded by catchy impressive swing metal and a hot mess. Tranzat switch between three general styles on this record: quiet building moments, comfortable swinging grooves to hang out in, and letting everything erupt into chaos. They excel at all three, resulting in very carefully built climaxes that simultaneously sound expertly crafted and like drunken ramblings. Both sounds work at once, contradictions be damned.

Confidence and enthusiasm make even the subdued moments burst with fun. Ouh La La is a complete package, made by people who sound fully invested in creating something weird. Of course the album sounds off when it doesn’t connect with me, but the group’s style and approach ensured that they would either sound amazing or awful in any given moment. This only works because of the band’s willingness to go all-in.

Tranzat give sterling performances throughout Ouh La La. Vocalist Manuel Liegard switches between cleans and growls at will, and sounds alluring at both most of the time. Both guitarists turn moments that could have been sloppy and unfocused into tight precision. The bassist proves more than capable of either filling out the low end or saying screw it and providing his own melodies. The drummer manages to turn somewhat complicated moments into clappable passages that would sound at home on a dirt stomping ground.

But there are those boring and ridiculous chasms. The vocals do occasionally cross the line into annoying, starting with “Lobster Beaujolais.” Some passages, such as “Lord Dranula” giving us a guitar playing a distorted rendition of “Happy Birthday,” just try way too hard. And the scraping guitar noises at the beginning of “My Dear Washer” could have been anything else. I didn’t pay close attention to the lyrics, but what I did catch made me want to pay even less attention.

I appreciate that Tranzat are willing to cram anything into their sound. But some of these moments come off less like a band having fun and taking their music to wild and exciting places, and more like a band that wants very badly to do so and is only able to imitate the journey.

At times it feels like Tranzat give into their worst impulses and create garbage. At times it feels like Tranzat are trying to be Devin Townsend without sincerity or charm. But ultimately Tranzat’s songwriting and technical ability overcome all of the problems that plague Ouh La La. Sure, there are moments I wish they would edit a little better or remove entirely. But taken as a whole, Ouh La La is worth the bad times.