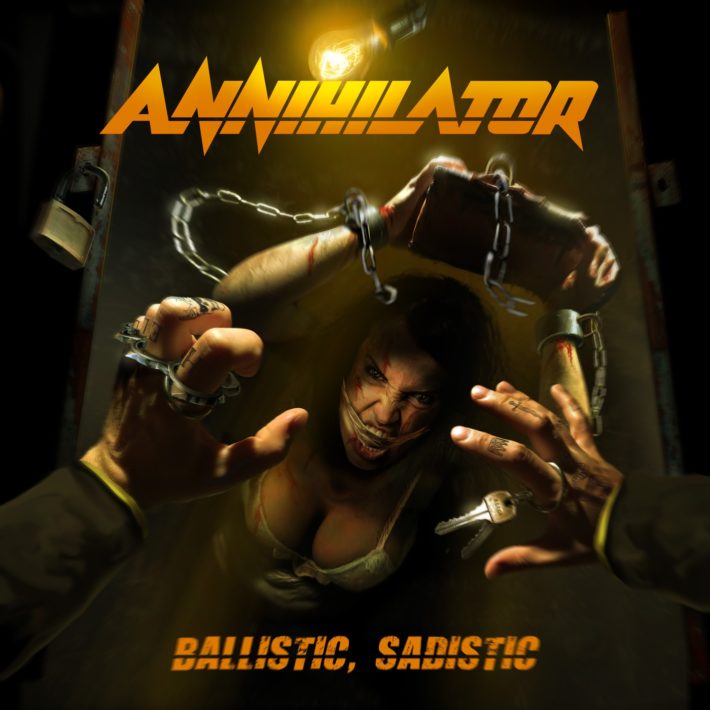 After a couple of listens to the new Annihilator album Ballistic, Sadistic, I was confident. This album was trash. There were almost no truly exciting parts of this tired album by a thrash metal icon that sounded like they had been left out in the sun for too long, so this was going to be an easy review. Unfortunately, as I kept listening, something weird happened. I found myself loving this specific pile of trash more and more. And just like that, the easy review went out the window.

On the surface, Annihilator has made a typical thrash metal album and hasn’t altered the standard formula at all. Nothing on Ballistic, Sadistic would have sounded out of place on a mid-80s release. The promo material tries to spin this as a return to roots, which is a rather generous way to look what Ballistic, Sadistic attempt to accomplish. There are some nice guitar solos, some boring breakdowns, and nothing that you felt like you haven’t heard before. All in all, what you would expect a disappointing release from a veteran band to be.

Some of the guitar work on Ballistic, Sadistic is bizarrely terrible. Jeff Waters’ brilliance as a guitarist is never in doubt, but some of the riffs and solos feel overthought, as if the weight of being a world-class guitarist on his 17th album finally got to him. Not all of the guitar work is bad, the solo on “I Am Warfare” is great. But there are a lot of unforced errors here, and it’s frustrating to hear from a guitarist that should be better. Even the strengths of a typical Annihilator album are weaker than usual. You can see how that would lead to a bad album.

The riffs are also annoying at times, although not to the extent the choruses are. They seem to be trying way too hard to make everything catchy and memorable, and do so by simplifying everything to the point that the repetition is grating. The riffs aren’t necessarily bad, they just could have been so much more than they are if the band wasn’t trying so hard to be catchy to the exclusion of all else. All of the songs following the same structural formula, the same one you’ve heard on every thrash metal album for decades. You can see how there would be nothing here to grasp onto to save this thing.

Unfortunately for the sake of my review and lazy nature, none of this matters. Ballistic, Sadistic is still an insane amount of fun. When I’m done listening, I don’t care about the awkward guitar solos, or the formulaic, simplistic sounds, or the annoying choruses and bad lyrics. All I care about is the raw energy and aggression that doesn’t stop from beginning to end. I can critique this album all I want, but if I can’t stop myself from wanting to put it on, then what do these critiques matter?

Ballistic, Sadistic does not deserve the score that I’ve given it in any way, shape, or fun. It’s formulaic. Its strengths are double-edged swords. It’s simplistic and repetitive to the point of annoyance. But I can’t stop listening to it. Ultimately, what matters in music is enjoyment. And I enjoyed this crap album way, way more than any of its flaws make it seem.